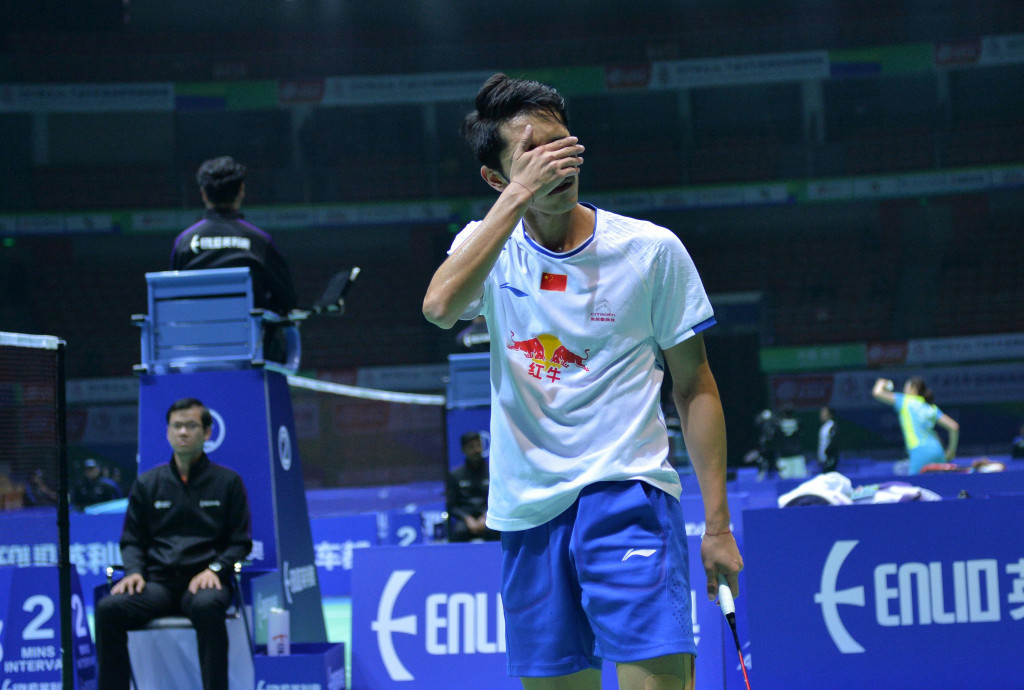 Home favourite Tian Houwei suffered a shock defeat against India's Ajay Jayaram today as the fifth seed crashed out of the Badminton Asia Championships in Chinese city Wuhan at the first-round stage.

Top men's seed Lee Chong Wei of Malaysia begun his bid to defend the title he won last year with a 21-19, 21-11 win over Japan's Kazumasa Sakai.

Top seed Tai Tzu Ying of Chinese Taipei never looked like being on the wrong end of a surprise result though as she claimed a comfortable 21-10, 21-8 victory over Vietnamese qualifier Thuy Linh Nguyen.

There was also second-round action today at the European Badminton Championships at the Sydbank Arena in Kolding in Denmark.

Top women’s singles seed Carolina Marin of Spain begun the defence of her title with a 21-9, 21-10 win over Wales’ Jordan Hart having received a first-round bye.

In the men's singles, reigning champion and home favourite Viktor Axelsen opened his campaign with a 22-20, 21-10 victory over France's Lucas Corvée.

All eight seeds in the men's and women's competitions are through to round three.

Action at both continental events is due to continue tomorrow.