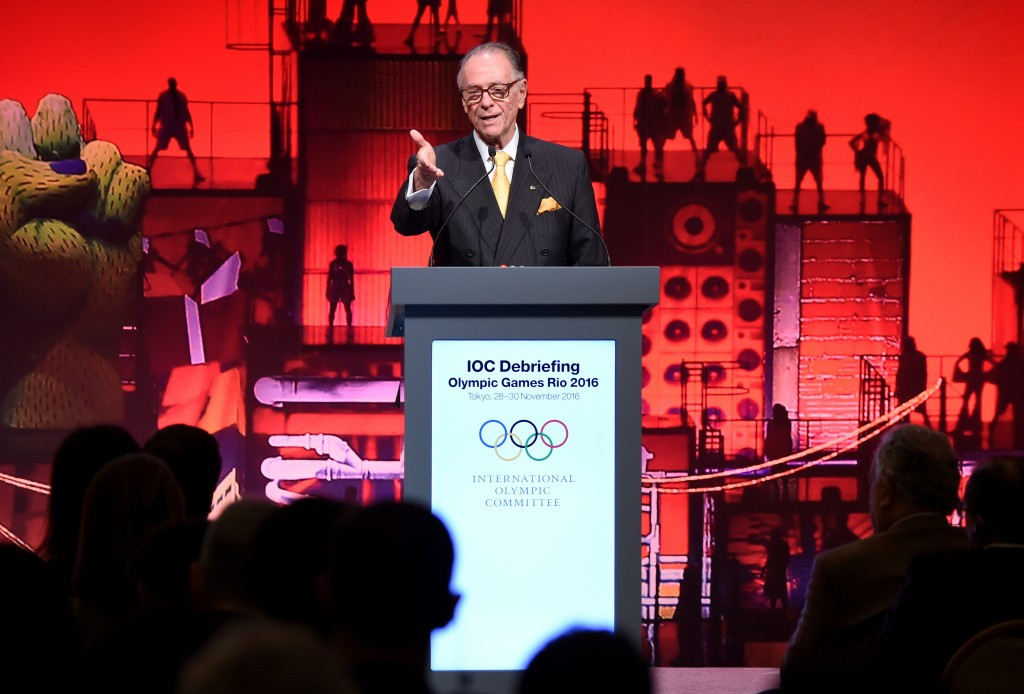 Carlos Nuzman has been appointed a member of the International Olympic Committee (IOC) Coordination Commission for Tokyo 2020.

The Brazilian Olympic Committee (COB) received a letter this morning signed by IOC President Thomas Bach informing them of the decision.

Nuzman, the COB President and was chair of the Organising Committee for last year's Olympic and Paralympic Games in Rio de Janeiro, has accepted the role.

Coming just two days before Nuzman stands for the Presidency of the Pan American Games Organization (PASO), the announcement has inevitably given rise to speculation it is somehow connected to the vote.

The IOC have, however, denied that there is any link.

"The two are totally disconnected," an IOC spokesperson said.

The IOC are claiming to be completely neutral in the election.

"As is the case every year, I have reviewed the composition of the IOC Commissions in consultation with their chairs to further improve, in particular, gender balance and continental representation," wrote Bach, who arrived here today in order to attend tomorrow's General Assembly, in a letter seen by insidethegames.

"It is with great pleasure that I appoint you as 'Member of the Coordination Commission for the Games of the XXXII Olympiad - Tokyo 2020'.

"...Thank you in advance for your valuable participation."

A list of the 17-member panel is then enclosed.

The other members of the Coordination Commission remain unchanged.

It is not clear if any other invitations have been sent out today for other Commission roles.

It is likely Nuzman may have known of the likely appointment beforehand, but the invitation was only received today.

It is claimed that this is a "normal" decision designed to benefit from Nuzman's experience in preparing for the Rio Games.

London 2012 chairman and current International Association of Athletics Federations President Sebastian Coe is also a member of the IOC Coordination Commission for Tokyo 2020.

He was not, however, a member of the Coordination Commission for Rio 2016.

Sochi 2014 President and chief executive Dmitry Chernyshenko is a member of the Beijing 2022 Coordination Commission but has not been involved for Pyeongchang 2018.

Using this precedent, it would have been more likely for Nuzman to have been a member of the IOC  Coordination Commission for the 2024 Games, due to be held in Los Angeles or Paris.

insidethegames has, however, been told by the IOC that both Coe and Chernyshenko were invited to join the respective Rio 2016 and Pyeongchang 2018 Commissions.

They both turned down the invitations.

Beijing 2008 secretary general Wang Wei also joined the London Coordination Commission after Beijing and London's director of communication Jackie Brock-Doyle was added to the Rio one after London.

Nuzman is already an IOC honorary member having passed the age limit of 70 in 2012.