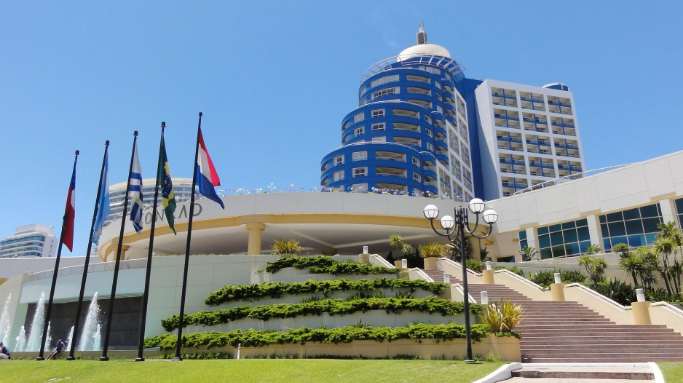 A frantic final three days of lobbying has begun here today as delegates arrive for a crunch week of Pan American Sports Organisation (PASO) meetings culminating in a Presidential election on Wednesday (April 26).

Elections for all other Executive Committee positions will also take place.

Proceedings are due to begin tomorrow with more arrivals as well as a final meeting of the current Executive Committee before the first day of the General Assembly on Tuesday (April 25).

Preparations for the 2019 Pan American Games in Lima are expected to be a leading item on the agenda.

Concerns over the Games appear to have reduced after last week's announcement that experts from the United Kingdom would work towards delivering the event following an agreement between British and Peruvian Governments.

There are still several issues which need to be addressed, however, including the role played by Peruvian Olympic Committee President and PASO Executive Committee member Jose Quiñones.

He has been banned by Peru's sports court from holding any public post for five years because of alleged irregularities in accounts he controlled, but insists he has done nothing wrong and is the victim of a politically-driven attack.

The 2023 Pan American Games will also be discussed after the withdrawal of Argentinian capital Buenos Aires last week left Santiago in Chile as the only surviving candidate.

Maglione told insidethegames today, however, that they still currently expect to hold an election in September at which Santiago would be rubber stamped rather than finalise matters this week.

Another issue due to be discussed tomorrow concerns the Executive Committee nominations from the Group 1 region consisting of North and Central American members.

There are three positions available as well as a vacant vice-president's position for which Padilla and Palomo Pacas are also standing.

But under PASO statutes there must be a female representative for every section.

It is therefore possible that nominations from the floor will be sought, or only two positions will be voted upon this week.

There is no doubt, however, that the Presidential election is dominating the agenda before the most unpredictable ballot for an Olympic continental association head in generations.

It is currently seen as unlikely that any candidate will gain a majority in the first round.

This means that second round preferences are also crucial.

Puello's main support base lies in the Caribbean while Ilic and Nuzman are each confident of South American backing.

Central America will be a key battleground in which all three candidates seek votes while the intentions of Canada and United States are still considered unclear.

All 41 PASO members have one vote, while the 10 to have hosted previous editions of the Pan American Games will each receive an additional one.

It appears possible, though, that some of these 10 could split their votes between two different candidates.

Much could also change over the next three days.

International Olympic Committee (IOC) Thomas Bach is among those attending the meeting in the Uruguayan beach resort.

His influence in the election, if any, could also prove significant.

Gunilla Lindberg, the IOC Executive Board member from Sweden who is secretary general of the Association of National Olympic Committees, also arrived today.