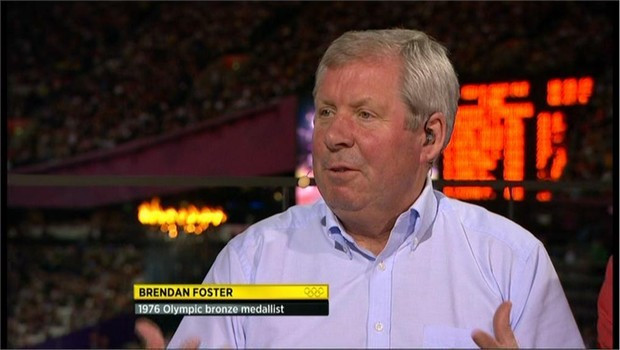 Brendan Foster was presented with the John Disley Lifetime Achievement Award after today's Virgin Money London Marathon following his announcement last week that he is step down as a commentator for BBC after 37 years.

The 69-year-old has commentated on every London Marathon since it was started in 1981 by Chris Brasher and Disley, after whom the Award is named and given each year to someone who has made an outstanding contribution to the event.

There have only been two previous winners, women's world record holder Paula Radcliffe in 2015 and the 1982 London Marathon champion Hugh Jones.

"He is one of our 'Ever Presents' - he has commentated on every London Marathon since the first race back in 1981.

"Every year he has told the story of our runners and we are delighted to honour this extraordinary contribution with the John Disley Lifetime Achievement Award."

Foster was presented with his Award by Prince Harry, patron of the London Marathon Charitable Trust.

We are going to miss this man - Brendan Foster last London Marathon in the commentary box. #legend pic.twitter.com/hMkkgdu0hh

Foster is due to officially step down from the BBC following the end of this year's International Association of Athletics Federations World Championships in London, scheduled to take place between August 4 and 13.

He has been a member of the BBC athletics commentary team since 1980, joining them shortly after retiring from the track after the 1980 Olympics in Moscow.

He had also founded in 1981 the Great North Run, a half-marathon from Newcastle to South Shields, which is now Britain's largest race with nearly 60,000 competitors.

"I have loved every minute of my time working for BBC Sport," said Foster.

"It has genuinely been a privilege and I am very lucky to have done what I have done since my competitive career finished."