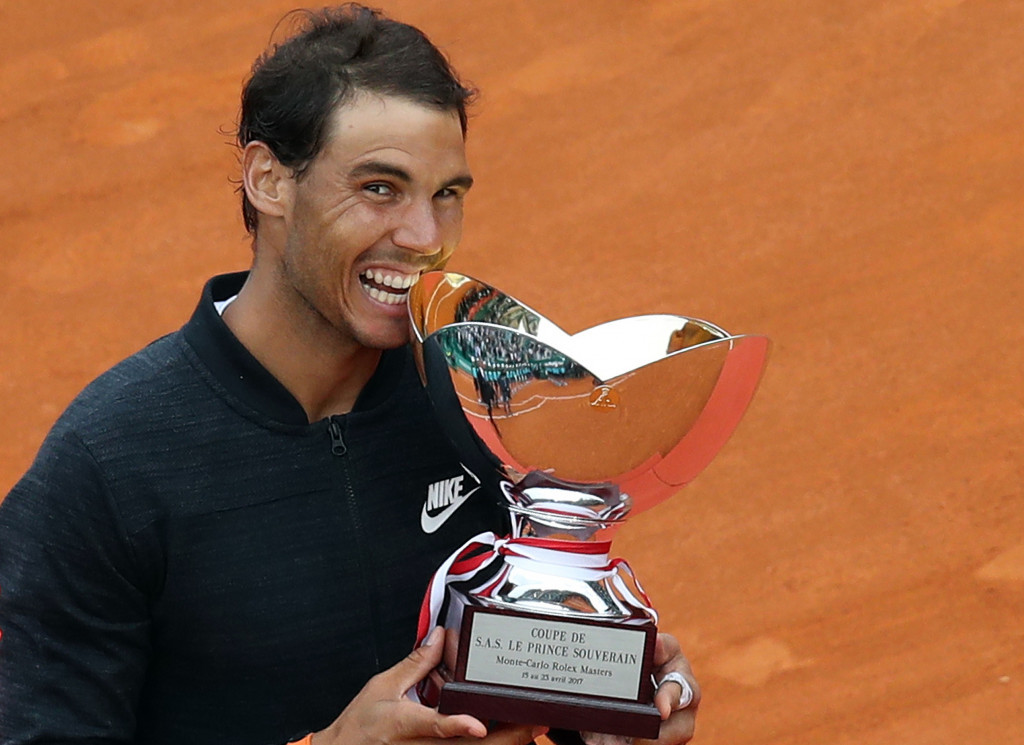 Rafael Nadal became the first man in tennis' Open era to win the same event 10 times after coming out on top in the Monte Carlo Masters final against fellow Spaniard Albert Ramos-Vinolas.

The 30-year-old won 6-1, 6-3 to defend his title at Roquebrune-Cap-Martin and claim a record-breaking 50th clay court crown, taking him clear of Argentina’s Guillermo Vilas as the most successful man on the surface.

It is Nadal's first title since last April’s Barcelona Open and gives him the ideal preparation for next month's French Open, where he will be aiming for a 10th triumph as well.

"It really is unbelievable," Nadal, who won eight Monte Carlo titles in a row from 2005 to 2012 before regaining it last year, said.

"To win 10 times at such an important event like Monte Carlo is something difficult to describe my feelings.

"Every year has been a different feeling.

"At the same time it is always a unique moment every time I have this trophy with me."

Nadal has lost three finals so far this year, including that at January's Australian Open against Swiss legend Roger Federer.

But he never looked like finishing second best in another as Ramos-Vinolas, who had beaten world number one Sir Andy Murray and fifth seed Marin Cilic of Croatia en route to his first ATP World Tour Masters 1000 final, struggled to make an impact.

The 14-time Grand Slam winner required just half an hour to seal the first set, winning more than double the points of his 15th-seeded opponent.

He was made to work harder by the world number 24 in the second set before eventually making the breakthrough in the fifth game.

Ramos-Vinolas saved two championship points at 3-5, courtesy of Nadal errors, before hitting a double fault on the third.

"I think that he was a little bit better in everything," Ramos-Vinolas admitted.

"When he’s a little bit better in everything, the difference is what we saw in the match.

"I also think I didn’t serve well, to be honest.