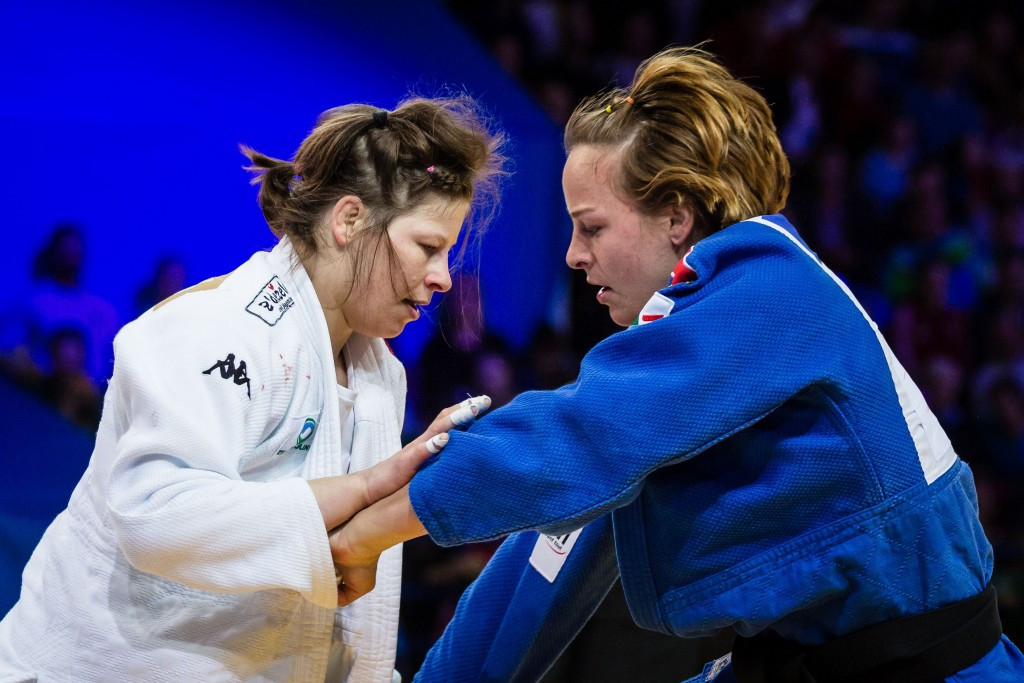 Slovenia’s Tina Trstenjak successfully defended her continental title after beating France’s Margaux Pinot in the final of the women’s under 63 kilograms category at the European Judo Championships in Poland’s capital Warsaw today.

The reigning world and Olympic champion claimed victory in golden score, during which her opponent was given a second and match-losing penalty.

Having lost finals at the 2014 European Championships in Montpellier and the 2015 European Games in Baku, Trstenjak has now collected two successive continental crowns.

The other women’s competition held today at the Torwar Arena came in the under 70kg category and saw The Netherlands’ Sanne Van Dijke mark her debut at the event with a gold medal.

The 21-year-old, who won European junior and under-23 gold in 2014, overcame Germany’s Giovanna Scoccimarro in the final.

"I am super happy.

"I was nervous, but once I stepped on the tatami, all of that was gone and today I was super-efficient."

Number one seed Marie Eve Gahie of France was one of the two bronze medallists after beating Poland’s Katarzyna Klys.

She was joined on the third step of the podium by Croatia’s Barbara Matic, who proved too strong for Sweden’s Anna Bernholm in the other bronze medal contest.

A third penalty for Mogushkov in golden score sealed victory for Heydarov, who has become the first man to win a European title at four different age levels.

The one other men’s gold medal won today was won by Russia’s Alan Khubetsov after he got the better of Germany’s Dominic Ressel in the under 81kg final.