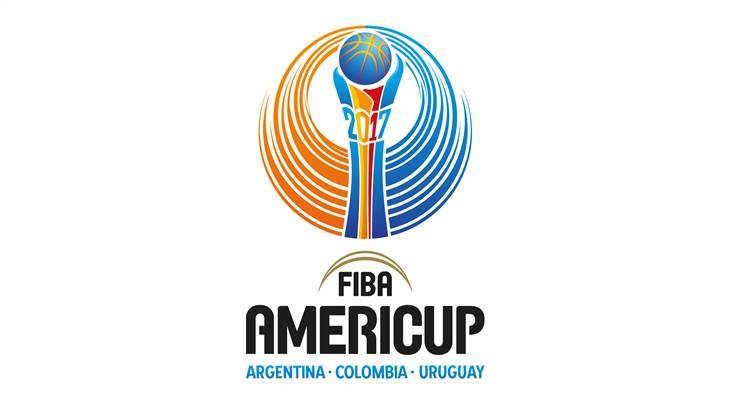 The official logo for this year’s International Basketball Federation (FIBA) AmeriCup has been revealed.

Colours from the kits of the three host nations – Argentina, Colombia and Uruguay – have been included in the design which was unveiled by FIBA on social media.

Also featuring in the work is a drawing of the AmeriCup trophy.

The tournament is due to take place between August 25 and September 3 and will see 12 teams.

A final representative from South America is still to be determined.

Brazil had qualified, but were thrown out of the tournament after being suspended by FIBA in November because of their non-participation in international competitions, including continental youth events and the 3×3 Senior World Championships.

Failing to organise a 3x3 World Tour event in Rio de Janeiro, as well as the cancellation of national level and important national youth tournaments, were also reasons behind the suspension.

The countries will be drawn in three groups of four.

Each side who tops their group will proceed to the semi-finals, with Argentina being the fourth team as they are the main organisers of the competition.

Games in the group stage will be played in Colombian capital Medellin, Montevideo in Uruguay and Argentinian city Bahia Blanca.

The final will be played in Cordoba, Argentina.

On Thursday, the draw was made for the competition with Colombia, Puerto Rico and Mexico being put in Group A along with the final qualifier.

Argentina are in Group B with Virgin Islands, Venezuela and Canada.

Uruguay, Dominican Republic, US and Panama make up Group C.

Venezuela are the defending champions after they defeated Argentina 76-71 in the 2015 final in Mexico City.