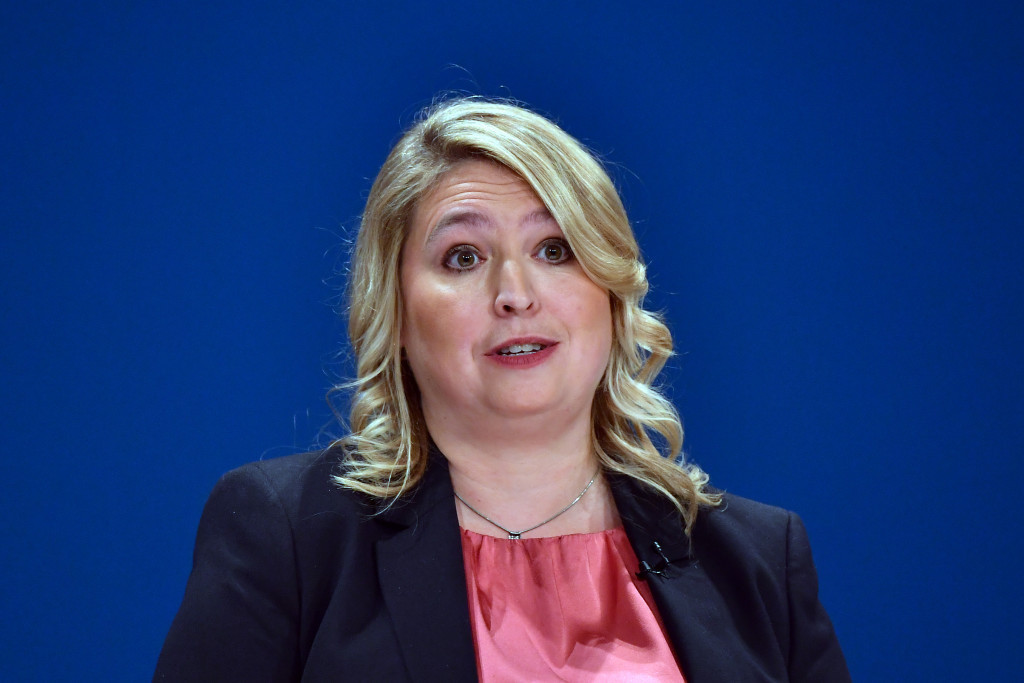 The UK Government is calling on cities interested in hosting the 2022 Commonwealth Games to establish plans for how they would stage the event, Culture Secretary Karen Bradley announced today.

The Government intends to work with interested cities and the relevant Commonwealth Games Associations on a detailed assessment of whether a British city can step in to host in 2022 after it was announced last month that South African city Durban can no longer hold the quadrennial event.

Some form of Government support was one of the main requirements asked for by the Commonwealth Games Federation (CGF) when they re-opened the bid process last month.

A deadline of April 28 had been set by the CGF for expressions of interest.

Sports Minister Tracey Crouch has written to the CGF to confirm the UK’s interest as a potential host in 2022.

The statement from the Department for Culture, Media & Sport (DCMS) in London leaves the UK as the clear favourites to host the event in 2022, a year which coincides with the Queen's Platinum anniversary.

The backing from the DCMS is effectively for a city in England as Glasgow, who hosted the Commonwealth Games in 2014, have already ruled themselves out and Cardiff have so far expressed no interest.

We are delighted that @DCMS has formally begun the process to consider a #UK candidate to host the 2022 #CommonwealthGames #Liverpool22 pic.twitter.com/7sD9UMUrDJ

Liverpool have already formed a Bid Committee for 2022 and a bid from Birmingham was today officially endorsed by leaders in the city.

Manchester, host of the 2002 Commonwealth Games, and London, who successfully staged the 2012 Olympic and Paralympic Games, have also claimed they may be interested.

The DCMS revealed that before supporting any bid they would look at a number of factors.

These include what economic benefits the Games could deliver to the UK - and to the host city or cities - through international trade, investment and tourism opportunities, and how potential host cities could benefit as well as the necessary infrastructure and major event delivery experience that potential host cities have.

"Hosting the Commonwealth Games in 2022 could give us an opportunity to step up and show the very best of Global Britain as an outward-looking nation that is confident on the world stage," Bradley said.

"So it’s only right that we look into the potential for hosting one of the world’s biggest sporting events on home soil.

"Britain has a wealth of expertise in staging major sports events, inspiring people to get involved in sport and helping to grow our economy.

"The British people embrace these events and always give a warm welcome to the world.

"I would urge cities to consider if they have the desire and capability to stage the Games in 2022 as they could bring benefits not just to their city but across the country."

Posting on Twitter, Liverpool 2022 said: "We are delighted that @DCMS has formally begun the process to consider a #UK candidate to host the 2022 #CommonwealthGames #Liverpool22".

In a separate tweet, they added: "Over the coming months we will be unveiling a bold, innovative vision for the Games in the vibrant, welcoming city of Liverpool #Liverpool22".

It decided it would be in the "best interests of Birmingham and the wider region" to put forward a proposal to stage the event.

It is claimed exact details of the Birmingham feasibility study have to remain confidential at this stage while the report is taken through the cross-party political and democratic processes of the City Council.

The study will then form part of a public report to the Council Cabinet in the coming weeks, at which point it is said that everyone with an interest in the proposed bid will be able to analyse its merits.

"Given today’s announcement that the Government want to hear from cities interested in hosting the 2022 Games, we are making it clear we have an interest in being considered for the privilege.

"The feasibility study, if endorsed by the City Council as hoped, puts us in prime position to do just that."

Crouch claimed the British public remained enthusiastic about major events being staged in the country.

"The London 2012 Olympic and Paralympic Games and Glasgow 2014 Commonwealth Games showed the appetite and enthusiasm that the British people have for supporting major sporting events," she said.

"Now that the Commonwealth Games Federation need to find a new host for 2022, we want to hear from cities interested in repeating the triumphs of London, Glasgow and Manchester before it in 2002.

"We will then weigh up whether the UK should step in to host, looking at the opportunities to promote Global Britain and deliver a lasting legacy at good value for taxpayers."

Cities that are interested in hosting will be given detailed assessment packs from the Government that they will have to complete and their plans will be scored against each other in what has been described as a "fair and transparent competition process".

This will then determine if the UK will put forward a formal proposal and where the Games would be held.

The UK Government says it will consider multi-city proposals, as well as applications from individual cities which will be assessed to ensure they offer value for money.

Commonwealth Games England (CGE) are expected to discuss which city to choose at its next Board meeting on May 9.

"This country is one of the best in the world at delivering major sporting events," CGE chief executive Paul Blanchard said.

"We have a strong and positive relationship with UK Government and major stakeholders including Sport England and UK Sport.

"We look forward to working with the all relevant parties in this process."

So far, none of the cities have gone beyond expressing an interest in hosting the event.

The CGF had last month written to all 70 countries and territories eligible to compete in the Commonwealth Games inviting them to bid.

A decision is expected to be announced sometime by mid-summer.