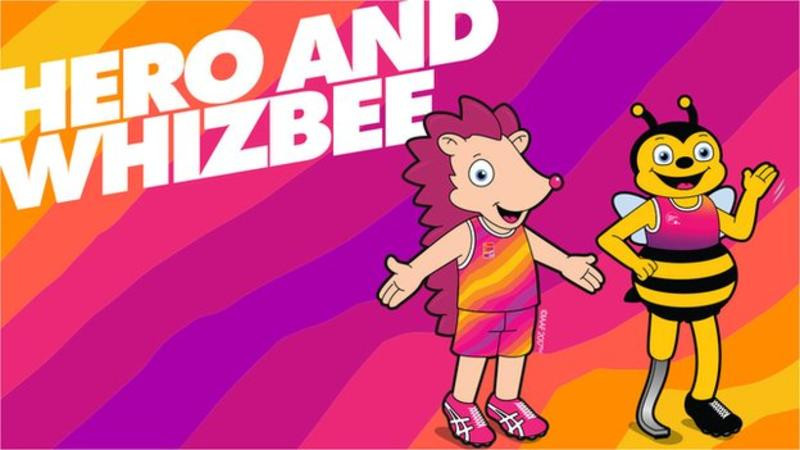 A hedgehog and a bee have been selected as the official mascots for this year's World Para Athletics and International Association of Athletics Federations (IAAF) World Championships at the Olympic Stadium in London, it has been revealed today.

They were chosen following a nationwide search in partnership with BBC children's programme Blue Peter.

Hero the Hedgehog and Whizbee the Bee were created by a nine-year-old girl called Elinor from the West Midlands.

Blue Peter claimed they received more than 4,000 entries for the competition launched in February.

The International Paralympic Committee and members from the London 2017 Organising Committee were also involved.

Whizbee, the mascot for the World Para Athletics Championships, will be played by an actor with a below knee leg prosthetic.

The panel claimed that an important part of the winning entry for the mascots was the message that bees and hedgehogs needed to be protected because they are in decline across the United Kingdom.

Hero the Hedgehog will be following in the footsteps of other mascots for the IAAF World Championships, most notably "Berlino", the bear that was a massive hit at the 2009 event in Berlin.

"I really enjoyed being part of the judging panel for the London 2017 mascot design competition," said Ennis-Hill.

"Having stepped away from the track it was nice to be asked to be involved in this year’s World Championships in a different way.

"As a mum I love the idea of London 2017 and Blue Peter encouraging youngsters to get involved with the Championships by designing the mascots.

"There were so many good, creative designs it was pretty hard to choose a winner.

"I think Elinor’s reason for choosing a bee and hedgehog, and the fact that they are creatures in our everyday lives in Britain, made the designs stand out.

"Hopefully the mascots will bring a lot of fun and energy to the Championships."

Other previous mascots for the IAAF World Championships have included "Yaner the Swallow" for the last edition of the event at Beijing two years ago.

Moscow in 2013 had a sparrow and Daegu in 2011 had "Sarbi", an ancient nickname for the Sapsaree, a canine breed that originated from the region.

"Whizbee and Hero are the perfect partners for the summer of world athletics," said Ewan Vinnicombe, the editor of Blue Peter.

"They really capture the inspirational spirit of the competition whilst also sharing Blue Peter’s passion for raising awareness of the important issues surrounding the environment.

The World Para Athletics Championships are due to take place between July 14 and 23 and the IAAF World Championships August 4 until 13.