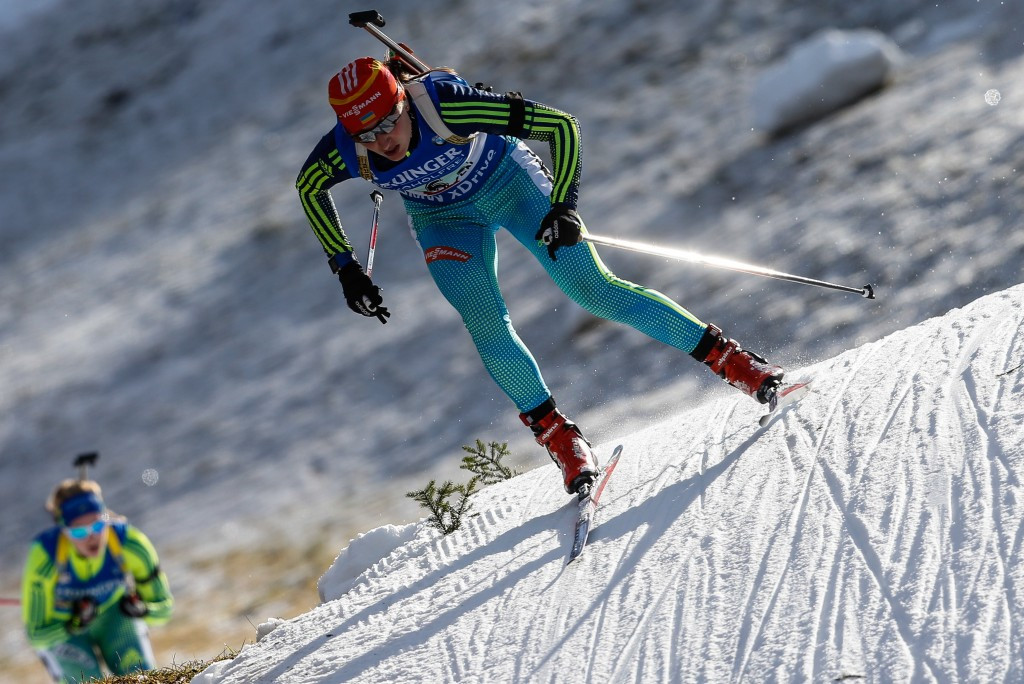 An appeal from Ukrainian biathlete Olga Abramova against a one-year suspension imposed by the International Biathlon Union (IBU) for a failed drugs test has been partially upheld by the Court of Arbitration for Sport (CAS).

Abramova tested positive for controversial substance meldonium in January of last year and was subsequently banned by the IBU in November.

The CAS have ruled in her favour and "cancelled" her year-long ban, which she has already served.

The CAS appear to have disagreed with the IBU as the sport's governing body initially claimed Abramova was at fault for the failed test.

In a statement confirming the decision, the CAS "found that in the very specific circumstances of her case she bore no fault or negligence" for testing positive for the heart-attack drug, added to the World Anti-Doping Agency (WADA) Prohibited List on January 1 last year.

The CAS added they believed Abramova, born in Ulyanovsk Oblast and who originally competed for Russia before switching allegiance, "could not reasonably have known or suspected even with the exercise of utmost caution that meldonium could still be detected in her blood after January 1, 2016".

"Consequently, the CAS Panel has cancelled the one-year period of ineligibility imposed on Olga Abramova but maintained the disqualification of any results achieved by Olga Abramova between 10 January 2016 and 3 February 2016, in accordance with the WADA Guidelines," the CAS statement said.

Abramova was provisionally suspended in February after it was revealed she had failed for meldonium.

She tested positive at an IBU World Cup event in Ruhpolding in Germany on January 10.

The decision marks the latest in an embarrassing sequence for WADA, who were twice forced to clarify their stance on meldonium last year.

They stated that athletes who provided a urine sample which returned a positive test for the substance between January 1 and February 29, 2016 can be given a "no fault" verdict if their sample contained less than five micrograms of meldonium in June.

This marked an increase from the previous set of guidelines published by WADA, which stated if below one microgram of meldonium was detected and the failed test came before March 1, a negligence or no fault verdict could be reached.

Abramova’s sample, however, was found to have contained 7.3 micograms of meldonium.

She had originally claimed she was prescribed the substance by her doctor and she stopped using it three weeks before it was banned.

Her best performances were as a member of Ukraine's relay team, third in World Cup races in the 2015-16 season in Antholz and Hochfilzen.