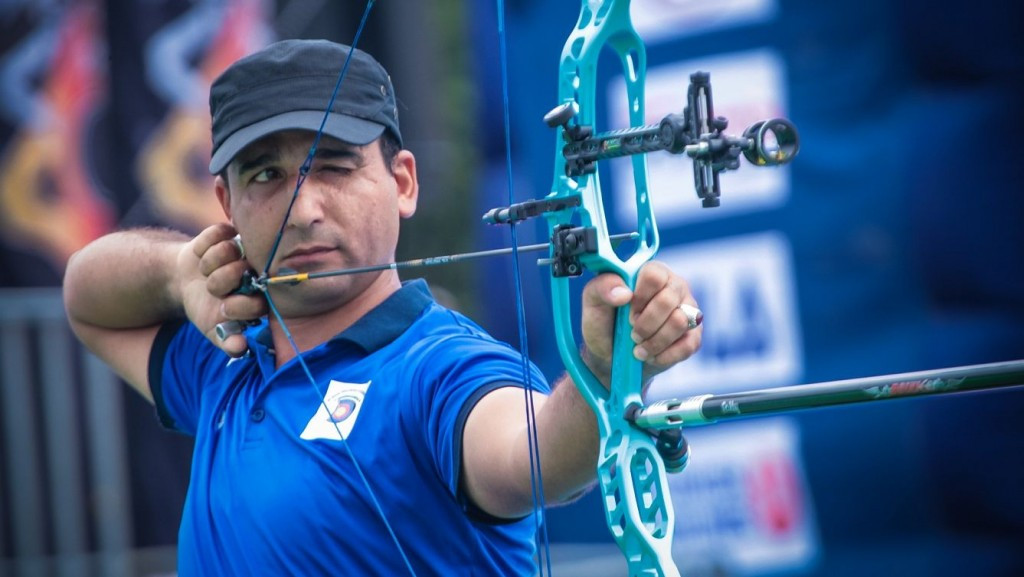 Chinese Taipei, Iran, Malaysia and The Philippines all secured compound archery berths for the 2017 World Games following their performances at the Asian qualification tournament in Thailand's capital Bangkok.

Ebadi beat Malaysia’s Mazuki Mohd Juwaidi, who also claimed one of two other available men’s invitations, 147-146 in his final.

Alexander Dambaev overcame Malaysia's Khambeswaran Mohanaraja in the bronze medal match, but could not qualify a place in Asia as he was representing Russia, which is a member of World Archery Europe.

Despite losing 10-9 in the shoot-off following a 143-143 draw, Mohanaraja took the third qualification spot.

The two other women's tickets went the way of second-placed Amaya Amparo Cojuangco of The Philippines, who lost 146-141 to Baratchi in the final, and third-placed Chen Yi-Hsuan of Chinese Taipei, a 148-144 winner over India's Divya Dhayal in the bronze medal match.

The qualified places are awarded to the national federation of the athletes that won them.

It is the national federation’s decision whether to accept the place, which is done via World Archery, and subsequently who to send to compete at the World Games in Polish city Wrocław.

Member associations have until Friday (March 31) to accept places.

The archery competitions at the World Games, which includes both field archery and compound target archery disciplines, are due to take place from July 23 to 30.

Loc beat Rio 2016 Olympic team bronze medallist Lin Shih-chia of Chinese Taipei 6-5 in her final, triumphing in a tight shoot-off in which both archers shot 10s.

Deng, meanwhile, proved too strong for Malaysia’s Khairul Anuar Mohamad in the men’s final, which he won 6-2.