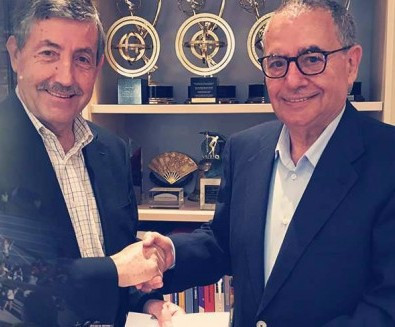 International Sports Broadcasting (ISB) will work alongside Polish host broadcasters ATM System to showcase live coverage of this year's World Games in Wrocław, it has been announced.

Under the terms of the partnership, ISB will work side by side with ATM to cover events live from venues during the Games.

They will also create a "24/7" permanent channel for the Games together with the Olympic Channel.

It was unveiled in a week which has also seen the 100-days-to-go deadline to the multi-sport event, due to take place in the Polish city from July 20 to 31.

Founded in 1996 by Romero, ISB has served as host broadcaster for many of the world’s leading sporting events, including seven Olympic and six Paralympic Games as well as the inaugural 2015 European Games in Baku.

They were awarded the Innovation Prize for “Innovative Use of Mini HSSM Cameras” at the 2015 SPORTEL AWARDS Ceremony in Monte Carlo.

“Manolo Romero is the most experienced TV Producer of multi-sports games," said Perurena, who also leads the International Canoe Federation.

"He has broadcast several Olympic Games, and one cannot find anyone who understands the character of the Games better than him.

"I am very pleased to have Mr Romero and the IBS on board."

It is expected that around 4,000 athletes spanning 31 sports and over 100 countries will participate at the World Games.

The event should be distributed to TV channels in more than 100 countries as well as to the Olympic Channel.