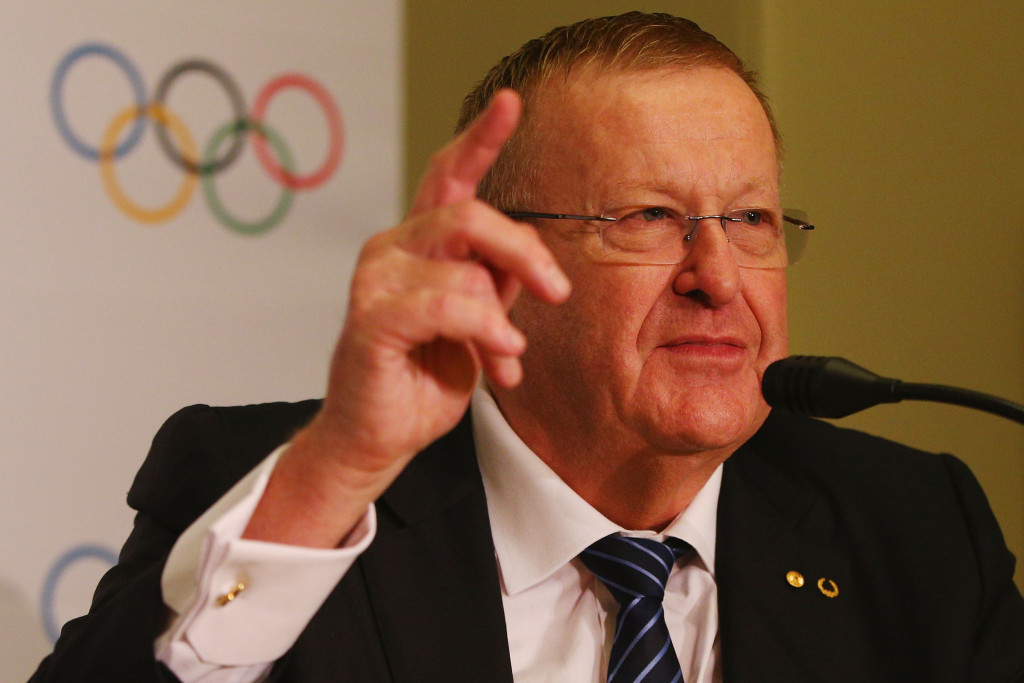 Coates, who is currently locked in a battle with Olympic gold medal-winning hockey player Danielle Roche for the AOC Presidency, told the Australian Financial Review  the pair were involved in a verbal altercation before Wylie attempted to shake hands with him.

The campaign for the AOC Presidency has become increasingly fractious.

Coates, who is facing a challenge for the first time in the post he has held since 1990, confirmed to insidethegames last month that the Board had been made aware of a complaint against a staff member.

It followed reports that former AOC chief executive Fiona de Jong had a dispute with the organisation's director of media and communications Mike Tancred.

Tancred had vocally supported Coates for re-election, claiming there was a campaign from those against him to ensure he is replaced.

He even wrote a newspaper piece backing Coates to remain.

It followed claims Roche was put up to standing by Wylie, who has been involved in a public row with Coates in recent months.

Australian Sports Minister Greg Hunt has also rejected suggestions that the Federal Government is taking sides in the Presidential election race after claims Australian Prime Minister Malcolm Turnbull had intervened in reappointing Wylie as ASC chairman before the election.

Coates told insidethegames last week that criticism of Tancred's intervention into the race was "fair".

Incumbent vice-presidents Helen Brownlee and Ian Chestermann will face the challenge of Andrew Plympton for the two spots on offer.

Plympton has been nominated by Australia Sailing and is currently an AOC Executive Board member.

It is believed is he is supporting Roche's campaign.

Roche has said she would not take a salary if elected on May 6, the day before her opponent's 67th birthday.

The report's disclosure is thus likely to provide ammunition for her campaign.