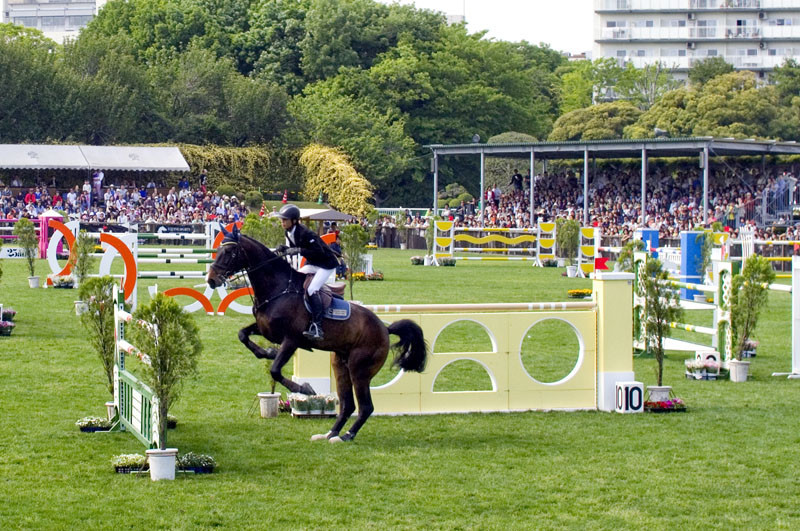 Construction of the equestrian venue for the Tokyo 2020 Olympic and Paralympic Games is due to begin later this year, it has been confirmed.

The International Equestrian Federation (FEI) Bureau received an update on development from Catrin Norinder, the FEI's director of Eventing and Olympic, during a two-day meeting in Lausanne.

Work on the venue, which will be based at Baji Koen, is scheduled to be finished by the end of 2019 with test events set to take place that same year.

The FEI says the procedure for appointing a footing advisor is ongoing and the selection will be finalised next month.

The International Olympic Committee's ruling Executive Board accepted a proposal from Japanese officials in March 2015 that the main equestrian site would change to be at Baji Koen.

Baji Koen, the Japan Racing Authority-owned facility, hosted equestrian events during the 1964 Olympics, the last time the Games were staged in the Japanese capital.

The eventing cross-country phase will be held at Sea Forest, also known as Umi no Mori, in Tokyo Bay.

Under the original plans submitted by Tokyo 2020, the main equestrian venue was to have been at Dream Island on Tokyo Bay.

FEI officials have previously claimed that the switch to Baji Koen puts equestrian sport right back in the centre of the Olympic cluster and that the use of an existing facility is also in line with the Olympic Agenda 2020 recommendations on both costs and sustainability.

Another notable announcement made by the FEI Bureau was the allocation of host cities for 15 major equestrian events over the next four years.

A total of seven championships and finals for young jumping, dressage and vaulting athletes will be staged in Asia, Europe and South America.

Among the events awarded is the 2017 FEI Children’s International Classics Final, which is scheduled to take place in China’s capital Beijing from December 28 to January 1.

"Over the next four years equestrian fans will see top international equestrian sport played out in some of the world’s biggest cities, and the allocation of the FEI Children’s International Classics Final will do a tremendous amount to promote the sport in China," FEI President Ingmar De Vos said.

"With 540 days to go to the 2018 Youth Olympic Games in Buenos Aires, maximising opportunities for our young athletes to compete internationally is key for the growth and development of equestrian sport.

"Our youth are the future of our sport and we want them to be showcased on a global stage."

Also allocated was the 2020 FEI World Endurance Championships, which will be staged in San Rossore in Italy from September 3 to 6, and four World Breeding Championships.

The 2019 World Breeding Dressage Championship is due to be held in Dutch town Ermelo from August 1 to 4, while the 2020 edition is scheduled to take place in German town Verden from August 5 to 9.

Le Lion d’Angers in France has been awarded both the 2019 and 2020 editions of the World Breeding Eventing Championships for Young Horses, with the dates yet to be confirmed.

"We have almost 4,500 equestrian events taking place every year across the world in eight disciplines, and we intend to capitalise by engaging our young audiences and our loyal fans through digital media platforms as we continue this growth," De Vos added.

A full list of the championships and finals allocated by the FEI Bureau for 2017 to 2020 can be found by clicking here.