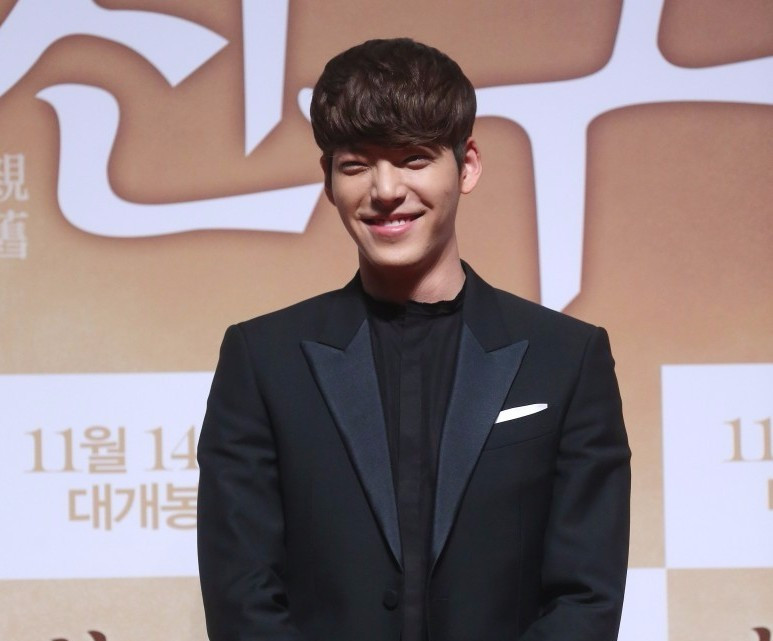 The South Korean, star of a number of box office films and is a popular figure both at home and across Asia, will be tasked with helping to ramp up enthusiasm for next year's event.

Kim will participate in domestic and international promotional activities prior to the Games, scheduled to take place from February 9 to 25 next year.

2I'll try my best to get people interested in the Pyeongchang Olympics, with less than a year to go."

Kim, a 27-year-old from Seoul, most recently appeared in the KBS television series Uncontrollably Fond, as well as action film Master.

He began his career as a model before making his on-screen debut in television drama White Christmas in 2011.

The following year, Kim had a supporting role in the romantic comedy drama A Gentleman's Dignity, before his popularity began to grow even further in 2013.

The actor shot to fame when he featured in the teen drama School 2013, which helped him receive his first acting award at the APAN Star Awards.

Kim then appeared in several high-profile television shows and films, including teen drama The Heirs, Friend: The Great Legacy and The Con Artists.

He also featured in an advertisement for Calvin Klein watches and jewellery.