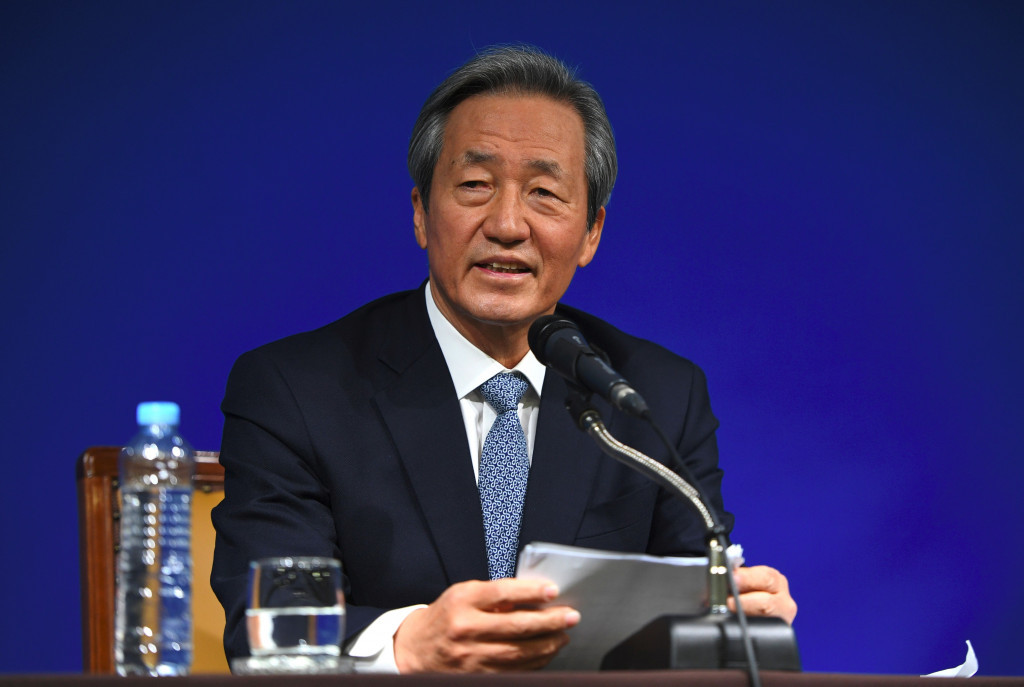 Banned South Korean Chung Mong-joon has criticised FIFA and its Ethics Committee as he prepares to file an appeal against his five-year suspension to the Court of Arbitration for Sport (CAS).

Chung, found guilty of infringing FIFA Ethics rules related to conduct, confidentiality, disclosure and collaboration following reports into the bid processes for the 2018 and 2022 World Cups, has optimistically vowed to "clean up" the organisation.

The 65-year-old, who claimed he will file his appeal to the CAS next week, believes he has a strong case and is not giving up the fight against his ban.

He had his suspension cut from six to five years by the FIFA Appeals Committee in July of last year.

"Because the Ethics Committee had previously taken six months to send its reasoned decision, I can finally prepare to file an appeal to CAS, some 18 months after the original ban was imposed," Chung said.

"This is like a court carrying out the execution of the defendant, then sending out the ruling 18 months later.

"This is malicious behaviour.

"FIFA Ethics and Appeal Committees started the investigation against me with serious allegations such as ‘vote trading’ and ‘appearance’ of offering benefits."

Chung added: "However, when none of them would hold, they started to pick on such technical and procedural issues as my use of FIFA letterhead, not cooperating with the investigation, etc.

"If they are such sticklers for rules of conduct, ethics and credibility, how was it that it took them so much time to send me their 'reasoned decision,' such that I am able to proceed with my appeal to CAS 18 months after their initial ban?

"As the saying goes, ‘Justice delayed is justice denied’.”

Chung, a multi billionaire, called on FIFA President Gianni Infantino to take an interest in his appeal.

The South Korean feels Infantino can help lead the governing body out of a period of unprecedented turmoil but claimed "Blatter’s people are still on the Ethics Committee and Appeals Committee".

"It’s going to take some time, but I will do everything in my power to make FIFA clean," he added.

"There is not much for me to gain personally by pursuing this route.

"However, I am committed to continue my fight against FIFA’s old ways because I believe that it will contribute to FIFA’s new beginning.

"While there is a new FIFA president in place, key individuals in the FIFA Ethics Committee and the Appeals Committee who were handpicked by Mr. Blatter still remain."