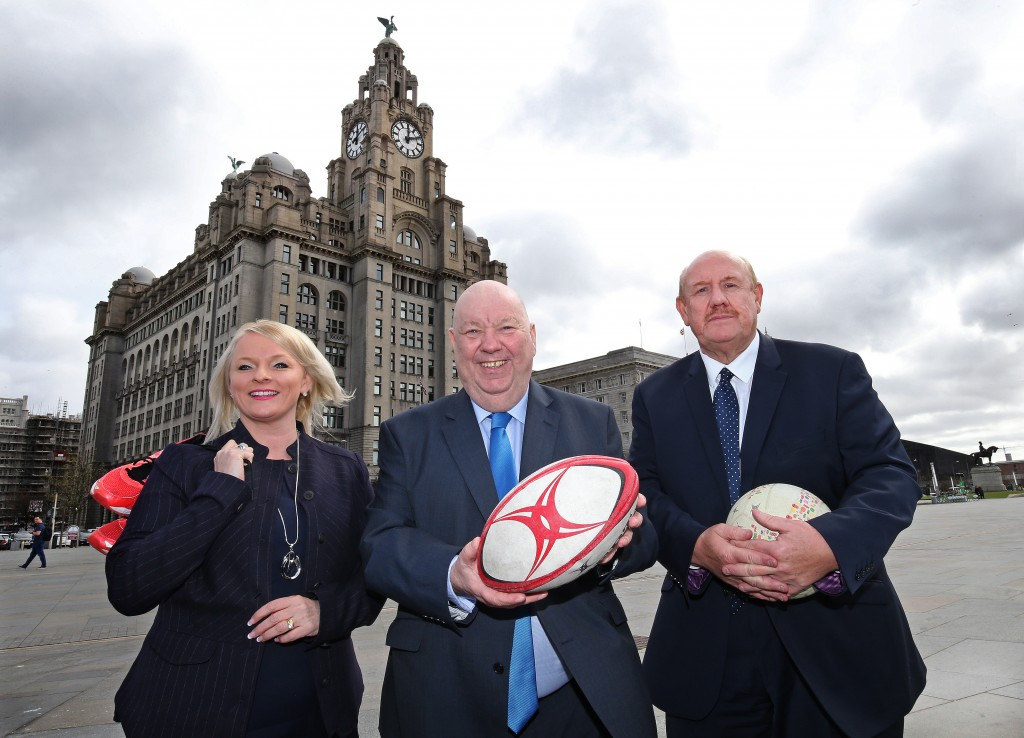 Rugby Football League chairman Brian Barwick has been chosen to head Liverpool's bid for the Commonwealth Games, it was announced today.

The experienced Liverpool-born sports official, a member of the Football Association Council, having previously served as chief executive, will lead the city's attempt at securing either the 2022 or 2026 event.

Denise Barrett-Baxendale, a director at Everton Football Club, will take on the role of deputy chair.

Barwick will head up "Team Liverpool", which Liverpool City Council claim is comprised of "a group of world-leading experts with an unparalleled track record in successfully bidding for major sporting events, including the Olympic Games, the Commonwealth Games and the FIFA World Cup".

According to the City Council, an "intense" three to six months of activity will now commence to "put together the strongest possible case for Liverpool to be the host city".

This includes looking at venues such as Everton's proposed new stadium at Bramley Moore against the technical requirements of bidding for the Commonwealth Games.

Liverpool, located in North-West England, had initially entered the running for the 2026 Games but put themselves forward for the 2022 edition after Durban was stripped of the Games by the Commonwealth Games Federation (CGF) last month.

They have now stepped up their bid for the event with the announcement of Barwick as chair.

The city has also hired leading London-based strategic communications company Vero to help with their campaign.

Liverpool is one of four English cities who have expressed an interest in staging the 2022 Commonwealth Games, along with Birmingham, London and Manchester.

Crucially, Commonwealth Games Associations will be able to put forward more than one city for consideration, meaning Australia or England will not have to select a single candidate.

Bids must, however, be accompanied by some form of Government support.

"Having worked in and around sport most of my adult life, the chance to lead the work for my home city of Liverpool to host the Commonwealth Games is a huge privilege," Barwick, a former head of BBC Sport and controller of ITV Sport, said.

"I am delighted to be involved in this project and clear that Liverpool, with such an illustrious sports history, will make the perfect host city for the Commonwealth Games.

"I have already spent some time with the team and am very impressed with their enthusiasm and expertise."

The bid team also includes 4 global Consulting, who have acted as strategic advisors to Liverpool to date, helping the city understand the expectations of the CGF by developing a road map of work to be undertaken to enable delivery of a bid.

Contractors Wilson Owens Owens, who worked with now defunct 2024 Olympic and Paralympic bids from Boston and Rome, are also part of the team.

They will lead the technical feasibility aspect of Liverpool's attempt at securing the Commonwealth Games.

Deloitte LLP who worked on the bid and delivery of London 2012 will perform a financial feasibility and economic impact assessment.

Brand Oath will be tasked with overseeing the branding of the bid.

Vero worked on successful Olympic bids from Rio 2016 and Pyeongchang 2018.

They also worked on Qatar's controversial bid to host the 2022 FIFA World Cup, which has since found itself at the centre of corruption allegations after being chosen.

Vero are currently working for Paris 2024.

Barwick is a graduate of Liverpool University, where he gained a degree in economics.

"I am delighted that Brian Barwick has accepted my invitation to chair the city’s bid to host the Commonwealth Games," Liverpool Mayor Joe Anderson said.

"He brings a wealth of experience both as a leader of some of the biggest sports organisations in the country and a successful career at the highest level in TV sport.

"Brian’s appointment, alongside a number of other highly respected advisors, sends out a powerful message that we are deadly serious about bidding for the Games.

"We already have a first class reputation in putting on major events during and since our time as European Capital of Culture in 2008.

"I firmly believe we have the passion, belief and the ability to win and deliver a Commonwealth Games that can make the whole country and the Commonwealth proud."

Anderson said: "The Commonwealth Games has the potential to be a game changer in further driving forward the city’s regeneration and renaissance, reflecting our growing confidence and attracting jobs, investment and profile that money simply can’t buy, putting us on the world map.

"The team of advisers now working with us is world class and over the coming months our priority is to put in place a compelling bid that will resonate with the Government, Commonwealth Games England and, ultimately, the Commonwealth Games Federation.

"These are exciting times for our city."

CGF chief executive David Grevemberg exclusively revealed to insidethegames last week that cities interested in bidding for the 2022 Commonwealth Games will have to express their interest by April 28.

The CGF have written to all 70 countries and territories eligible to compete in the Commonwealth Games inviting them to bid.

A decision is expected to be announced sometime by mid-summer.