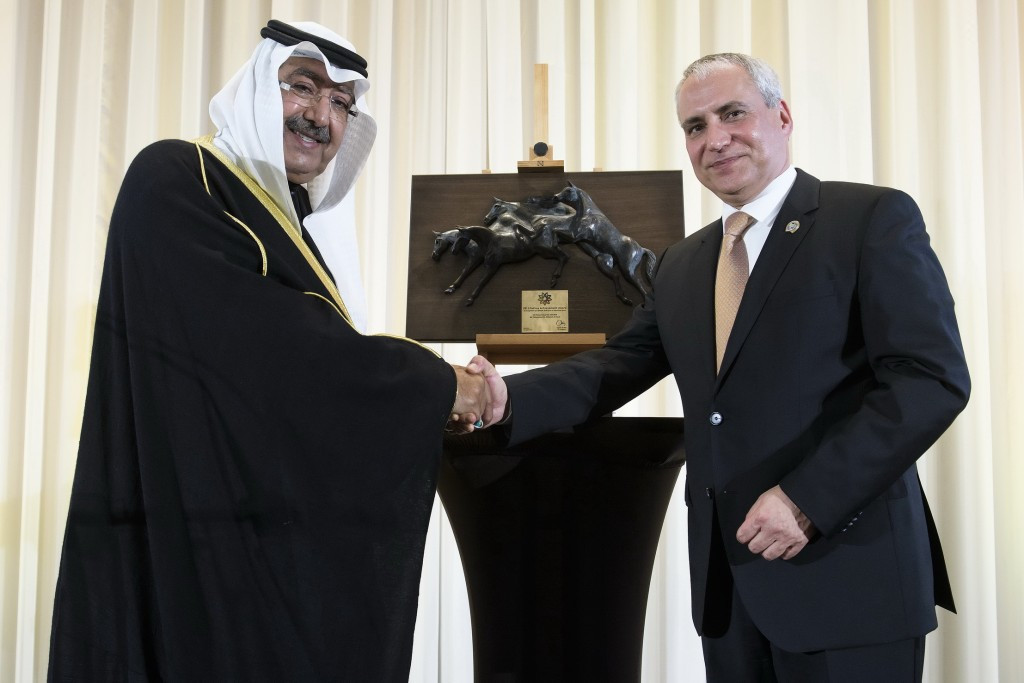 Prince Faissal was given the award at a ceremony held in Lausanne, attended by International Olympic Committee President Thomas Bach and FEI counterpart Ingmar De Vos.

More than 300 delegates from the FEI Sports Forum, which began in the Swiss city yesterday and concludes today, were also present.

"This is a humbling gesture from the FEI, which represents one of the most passionate and exciting sports in the world," Prince Faissal said.

“Although this is a personal award, I feel this recognises the work of everyone in the equestrian community.

"We work together, we sacrifice our time and efforts in the name of this sport that we all love so much - and because of this, our sport is flourishing."

Prince Faissal established the the Saudi Equestrian Federation in 1990 and jumping athletes from the nation participated at the 1996 Olympic Games in Atlanta.

The country then earned team jumping bronze at London 2012.

He was praised for his longstanding work in the sport by De Vos, who presented him with the prize at the ceremony.

"He has made an incredible impact as we see our sport continuing to grow rapidly around the world.

"Tonight, we are here to celebrate his loyalty and his long lasting contribution to future generations of equestrians.

"The global equestrian community is a very special one, pulling together to make big steps.

"We are taking the opportunity here tonight to say thank you to Prince Faissal and also to our equestrian family during these exciting times for our sport."