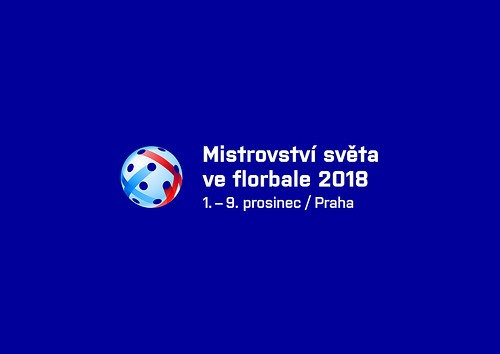 Promotional material for the 2018 Men's World Floorball Championships has been unveiled by tournament organisers in Prague.

Czech Floorball have launched a logo, video and advertising.

The video features Matej Jendrisak's vital goal against Switzerland in Gothenburg in 2014, which led the Czech team to the World Championship bronze medal.

The material was designed in cooperation with Dynamo Design and was overseen by Alan Zaruba, the creative director of Nova TV, a Czech television station.

"We have a strong and professional partner in Dynamo Design," said Filip Šuman, the President of Czech Floorball.

"They understand floorball and they're always a pleasure to work with.

"Unlike the Czech Floorball re-branding, we decided to take a bit more of a conservative route and use a more traditional symbol - a floorball ball.

"Our goal was to make the identity easy to identify, yet at the same time we wanted to inject some dynamics and storytelling potential into it."

The tournament is due to take place between December 1 and 8 in 2018 with tickets going on sale later this year.

Matches are due to take place at the O2 Arena in the capital city.

The two countries have dominated the event since the first edition in 1996, with the Swedes winning eight out of the 10 competitions to have been played prior to last year and Finland triumphing at the other two.

Switzerland and Czech Republic are the only other countries to have made it to the final in that time, with both of the Finns' previous final victories coming against Sweden.

They prevented their neighbours from making it nine titles and three in a row with their 4-3 victory in Riga earning them a third crown.