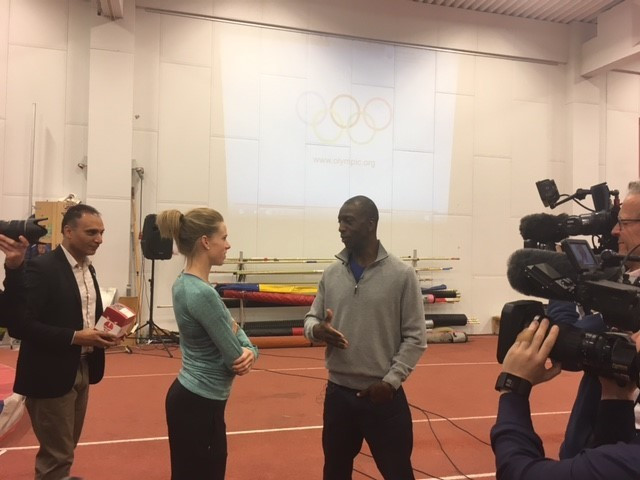 Athletics has always been at the forefront of tackling doping, American sprinting legend Michael Johnson has claimed despite the multitude of issues the sport has faced in recent years.

Johnson, a four-time Olympic champion and former world record holder in the 200 metres and 400m, also said he was in full support of the decision of the International Association of Athletics Federations (IAAF) to ban all-but one Russian from competing at last year's Games in Rio de Janeiro.

The Russian Athletics Federation (RusAF) remain suspended from international competition after a World Anti-Doping Agency (WADA) Independent report revealed the presence of a state-sponsored doping scheme in the sport in the country in November 2015.

Athletics is also one of the main sports implicated in the International Olympic Committee's retesting of samples from Beijing 2008 and London 2012.

The sport has accounted for 103 positive tests from the two editions of the Games.

This includes the retesting procedure and failed tests during the events.

"I can certainly say that I was fully supportive of the decision with regards to Russia," Johnson, an ambassador of Los Angeles' bid for the 2024 Olympic and Paralympic Games, said during the SportAccord Convention here.

"I think that was the right decision and while athletics certainly has had significant problems with doping, I think that as a sport when it comes to catching athletes and being forthcoming about whats going on in the sport, athletics has always been a leader.

"That has been shown again with the situation with regards to Russia as opposed to passing on that responsibility to someone else."

A vast number of medals from the two editions of the Games will now have to be reallocated, although only a small percentage of them have been handed to the new recipient.

Johnson was forced to return his Sydney 2000 Olympic 4x400m gold medal after team-mate Antonio Pettigrew admitted to doping during the Games.

The 49-year-old said it is a "tragedy" that athletes were denied their moment of glory by drugs cheats and claims this is one of the main reasons why efforts to tackle doping in the sport should be ramped up.

"The real victim when someone cheats are the athletes who did not get that moment," the eight-time world champion added.

"They say fourth place is the worst place to finish and that makes it even worse when you were actually the third place finisher and you don’t have anything to show for it.

"One of the best things I have is a picture of myself on the podium and I am 17 years removed from my career but I will always have those pictures.

"When you are robbed of having that picture and that moment of competing for your country, seeing your flag being raised, that it is a sad situation and a tragedy.

"That’s what we have to try and prevent as much as we can."