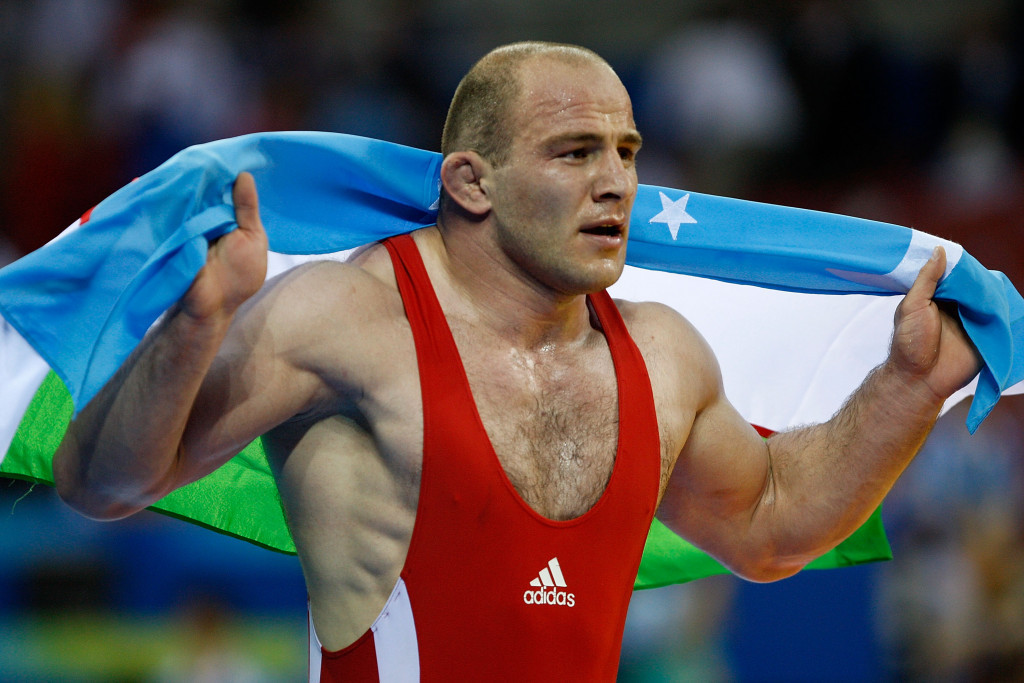 The Uzbek was sanctioned today by the International Olympic Committee (IOC) following re-testing of samples.

Ukraine's wrestler Vasyl Fedoryshyn will also lose a silver from Beijing 2008, while Russian weightlifter Svetlana Tsarukayeva will forfeit a medal of the same colour from London 2012 four years later.

Taymazov is the leading name after he won the Olympic titles in the men's 120 kilograms freestyle at Athens 2004, Beijing 2008 and London 2012.

Reports first surfaced that he had failed a test from Beijing 2008 in August last year.

The IOC, which has been testing samples from Beijing 2008 and London 2012 using up-to-date technology, revealed he failed for banned steroids turinabol and stanozolol.

A decision has not been announced on his London 2012 gold, with Taymazov currently Uzbekistan's most decorated Olympian.

Last year, he was elected to the Russian Duma as a member of the United Russia political party.

David Musulbes of Slovakia and Marid Mutalimov of Kazakhstan were both awarded bronze medals in the Chinese capital.

Fedoryshyn won his silver medal in Beijing in the men's freestyle 60kg class, with Kenichi Yumoto of Japan and Morad Mohammadi of Iran winning bronzes in the division.

He also failed for turinabol.

Tsarukayeva was second in the women's 63kg weightlifting competition in London.

She finished behind Kazakhstan's Maiya Maneza, who has also been implicated in the doping scandal, and was thus in line to receive the gold medal.

After the Russian's failure for turinabol that should now go to Canada's bronze medallist Christine Girard.

Milka Maneva of Bulgaria is in line for the silver medal,, although she is another who has served a drugs ban in her career.

Luz Acosta could be promoted to the bronze medal.