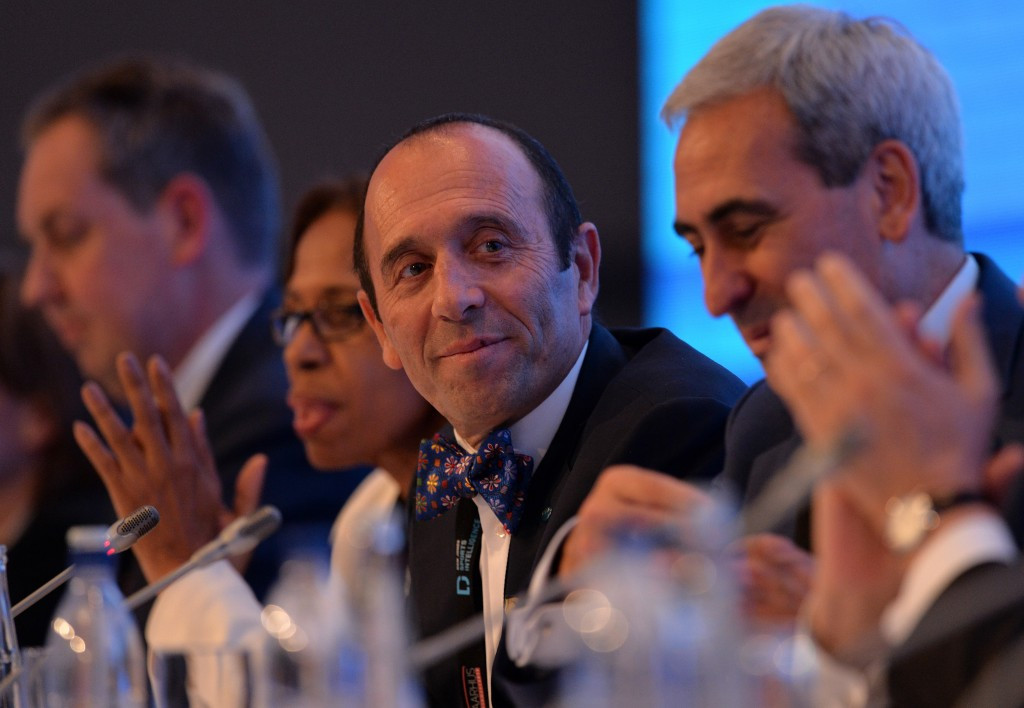 International Surfing Association (ISA) President Fernando Aguerre has reiterated he has no concerns about the conditions competitors will face when the sport makes its Olympic debut at Tokyo 2020.

As a part of surfing's successful bid to become a part of the Olympic programme last August, competitions in both the ocean and using artificial waves were put forward by the ISA.

Natural water was selected, leading to fears that the waves in the summer months will not be sufficient for competition, which is due to take place between July 24 and August 9.

But Aguerre is confident there will be no problems at Ichinomiya’s Tsurigasaki Beach, which was selected as the venue in December.

"We have a 10-year history of the place - the surfing direction, size, swirl, wind, everything, so we're not surprised about how it's going to be and the good part is that the process is not unlike sailing and will put the competition at the forefront," the Argentinean told insidethegames.

"If the waves are there, we will run it.

"If the waves are not there, we'll postpone.

"The technology right now allows us 72 hours of forecast ahead of time of how the waves are going to be.

"We need two eight-hour days to run the competition so I think it's very, very positive."

Aguerre, who has been ISA President since 1994, also spoke about how surfing at Tokyo 2020 will be made up of more than just competition.

"We have this idea that was first put by the IOC, which we fully embrace, of a surfing festival," he said.

"So instead of being just a competition like most sports, it will be a two-week surf festival on the beach.

"I think it's going to be a completely different way of participating for the fans."

While here in Denmark's second-largest city, the ISA made a site visit to both Copenhagen and Vorupør, co-hosts of the 2017 ISA World StandUp Paddle (SUP) and Paddleboard Championship.

The ISA World SUP and Paddleboard Championship has become one of the ISA's fastest growing competitions, with Denmark expected to see record participation in terms of the number of countries and athletes participating.

This year's edition will mark the first time the Championship has been held in Europe.

The ISA hopes to use its new-found status as an Olympic sport to elevate SUP, promoting grassroots development and spreading the sport into new markets.

"The global development of SUP is a huge priority for the ISA," Aguerre said.

"This is an excellent opportunity to continue to build up the 2017 SUP World Championship in a well known and popular surfing location in northern Europe.

"We are very confident that both Vorupør and Copenhagen will provide the world’s best SUP surfers and racers the perfect stage to showcase their amazing skills.

"The ISA World SUP and Paddleboard Championship continues to grow year on year and this is testament to the ISA's efforts to nurture and develop this key discipline.

"We will continue to lead the global promotion of SUP as we aim for the inclusion of the discipline in future editions of the Olympic Games."