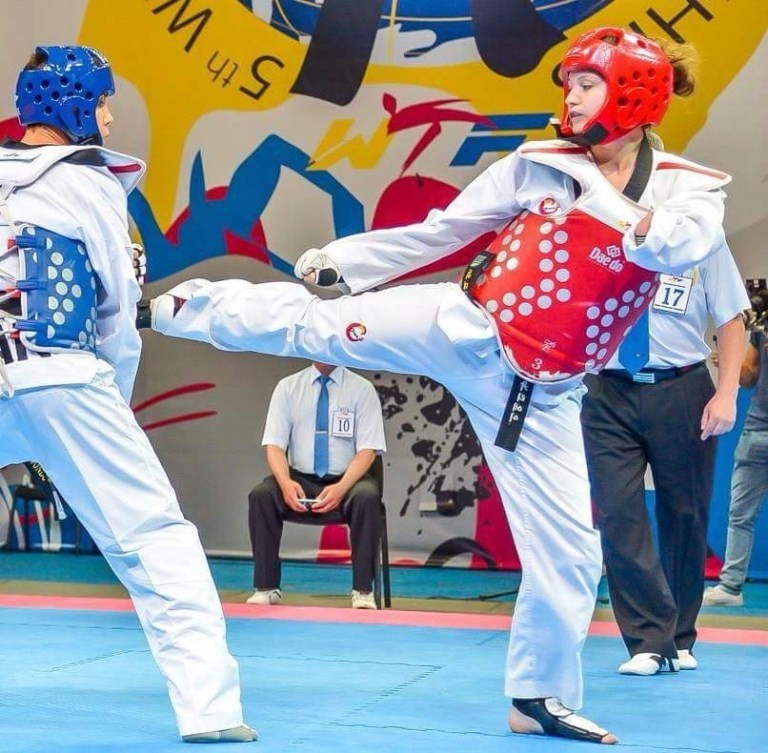 Reigning Para-Taekwondo European champion Amy Truesdale of Great Britain has expressed her delight at being given the chance to train with her compatriot and double Olympic gold medallist Jade Jones.

Truesdale, who is without the lower part of her left arm, was training in Manchester last week with the rest of the Great Britain national squad which included Jones, gold medallist at London 2012 and Rio 2016, and Bianca Walkden, a bronze medallist in the Brazilian city last summer.

At the end of last year Truesdale retained her Para Taekwondo European title in Warsaw in Poland.

She defeated Morocco’s Rajae Akermach in the final of the women's K44 over 58 kilograms division to claimed her third consecutive European crown.

Truesdale has also won two silver medals and one bronze at the World Para Taekwondo Championships.

"Not everyone gets this opportunity, I am very privileged to train alongside them because they are the best of the best so it is really good," Truesdale told Staffs Live.

Truesdale, the world number one in the women's K44 over 58kg division in November's world rankings, also spoke about the quality of training she received during her time with the British squad.

"It would be a full days training, not an hour or so," added Truesdale.

"I’ll be doing a couple of hours of kicking with the girls in the morning.

"Then we have a lunch break and then we will be doing strengthening and conditioning training in the afternoon."

Truesdale will be hoping to compete at the 2020 Paralympic Games in Tokyo where Para-taekwondo is due to make its debut.

She will also have the chance to win World Championships gold on home soil after London won the right to host the 2017 World Para Taekwondo Championship.

The event is scheduled to take place at the Copper Box Arena on the Queen Elizabeth Olympic Park on October 19 and will run in conjunction with the World Taekwondo Federation Grand Prix.