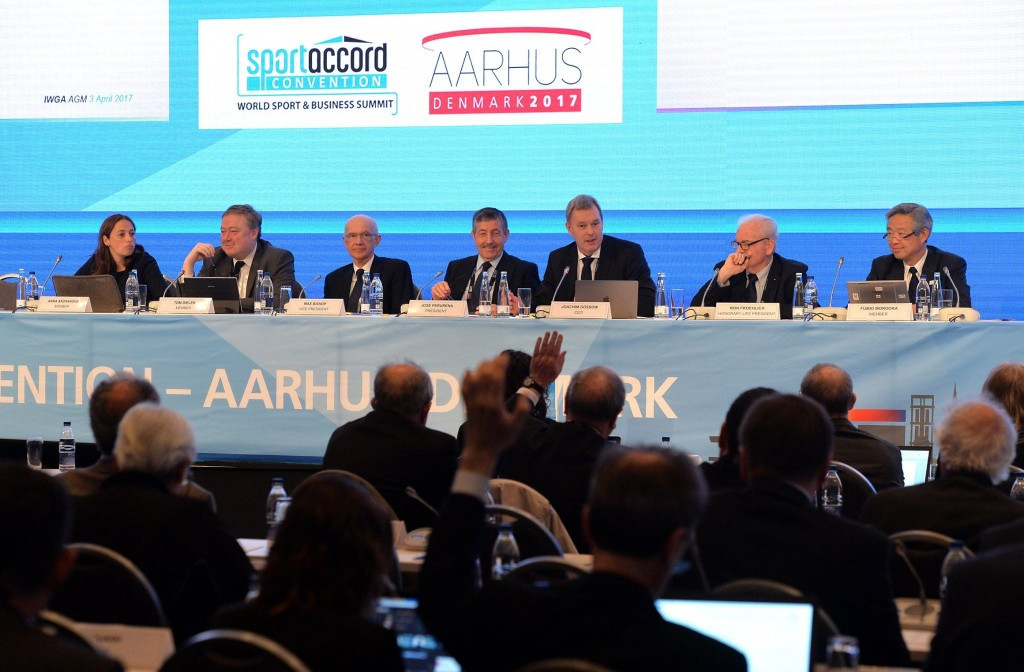 International World Games Association (IWGA) President José Perurena López has expressed his disappointment after every application for membership of the organisation was turned down in a vote here today.

The IWGA announced last month it had received seven applications that comply with its formal criteria.

All seven International Federations (IFs) gave final presentations to the IWGA Annual General Meeting (AGM) here at the SportAccord Convention today, but none of them proved convincing enough to get over the line.

Thirty-six of the 37 existing IWGA members - the International Sumo Federation were absent - were asked to vote either for or against each of the seven sports' applications with a two-thirds majority needed for success.

Although none of the sports managed to achieve that, insidethegames understands FIBA came the closest.

The results of the voting have not been released.

López, who is also the President of the International Canoe Federation (ICF), spoke of his dismay over the outcome, which could be perceived as a sign of the tension between Olympic and non-Olympic sports.

"Personally, I’m very, very disappointed and concerned in my position of President," he told insidethegames.

"I explained clearly, before Agenda 2020, that we have two clubs.

"Olympics is a club and the World Games is another club.

"When after the Agenda they opened to Olympic sports coming, not Olympic disciplines, I proposed that we needed the possibility to open the best programme in the future."

It was also confirmed during the AGM that the IWGA and the Olympic Channel have signed a cooperation agreement, which includes media rights to the 2017 World Games in Polish city Wrocław.

As part of the agreement, the Olympic Channel will live stream daily coverage from the 10th edition of the Games from July 20 to 30.

The IWGA is an IOC-recognised organisation and becomes the 50th federation or organisation partner of the Olympic Channel.

"We are excited to work with the International World Games Association to showcase their premier event," said Mark Parkman, general manager of the Olympic Channel.

"The World Games are a great way to provide additional exposure to these growing sports and introduce new sports to our audiences."

Joachim Gossow, chief executive of the IWGA, added: "Live streaming daily coverage of The World Games on the Olympic Channel is an important step forward for us and we are happy to promote our federations of our sports in this way too.

"This is a good addition to our already existing cooperation with the IOC."

Approximately 4,500 athletes, who will compete in 180 medal events during the Games, and officials from more than 100 countries will take part in the 2017 edition.