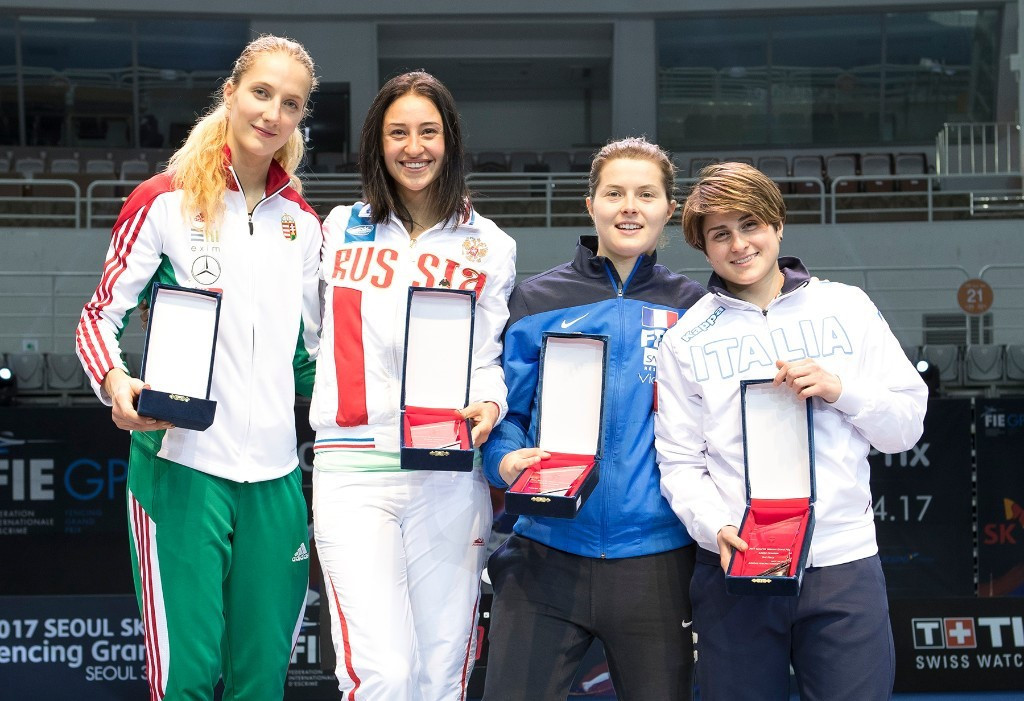 The world number one won the final with a 15-12 victory over Hungary’s Anna Marton, who secured a second FIE Grand Prix silver medal of the season having finished runner-up to Egorian in Mexican city Cancún.

Egorian beat French opposition in the previous two rounds, defeating Cecilia Berder 15-12 in the semi-finals and Charlotte Lembach 15-7 in the last eight.

Two-time Olympic gold medallist Mariel Zagunis of the United States suffered a 15-11 defeat at the hands of Marton in the quarter-finals.

Italy's Martina Criscio joined Berder on the third step of the podium after losing 15-8 to Marton in the other semi-final.

It came on the back of a 15-13 win over Italy’s Luca Curatoli in the last four and a 15-9 success at the expense of team-mate Oh Sanguk in the quarter-finals.

Victory for Kim, the world number one, secured him a fourth FIE Grand Prix gold medal.

Wagner then lost to Anstett 15-4 in the semi-finals and took bronze along with Curatoli.

More than 200 elite international sabre fencers competed in Seoul, which is one of nine cities where the FIE is holding major Grand Prix events during the 2016-17 season.

The events are building upto the 2017 Fencing World Championships, scheduled to be held in German city Leipzig from July 19 to 26.