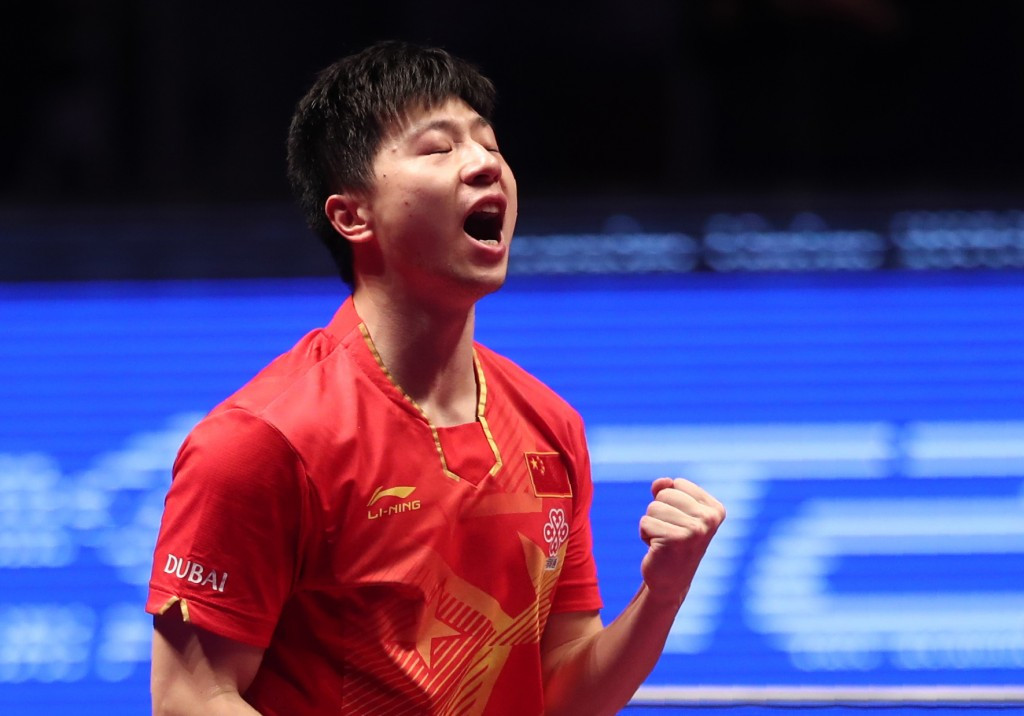 A new table tennis world ranking system is set to come into operation next year to raise the profile of the sport - although it has prompted concerns from a leading player.

The International Table Tennis Federation's (ITTF) new system, set to come into operation on January 1, will reward performances in specific tournaments rather than the current system in which players are ranked based on how they do against individual opponents.

As it stands, it is impossible to predict how many points a player can gain in a particular tournament because it will depend on the opponents they face.

Under the proposed new system, which is broadly similar to the one used in tennis, it will be much clearer how many points are available heading into the tournament.

This will make it easier for the ITTF to market an event on the grounds that a particular player could take the world number one spot if they reach a specific stage.

It is hoped, the new system will also encourage players to compete at more events on the ITTF World Tour.

“One of our main goals is to massively increase the prize money at the ITTF, to also ensure that the top table tennis players are 'stars' on the international scene and at the same time to improve the quality of events," said ITTF marketing and commercial director, Steve Dainton.

"To achieve this, we need to prove to our partners - media and sponsors - and our fans that our events are the best and most important.

"For them to be the most important, we need best players playing at the events.

"Our tools need to support that.

"At the moment one of our most important tools the 'world ranking' does not support it in the best way, so it was very important to address that.

"Of course change is not always easy, but if we want our products to become more professional then this is one important change to make.”

The new system has been approved in principle by the world governing body's ruling Executive Committee, but they are still awaiting more feedback from players and public.

A dummy test ranking, accessible here, has already been released.

Many of the current positions would remain unchanged, with Chinese trio Ma Long, Fan Zhendong and Xu Xin remaining first, second and third respectively in the men's singles list.

Ding Ning of China also lies first in both women's singles lists, although Taiwan's Cheng I-Ching will rise from fifth to second.

However, certain players who currently compete less often will be positioned lower down.

The most notable example is Germany's three-time Olympic team medallist Timo Boll, who would fall from 12th to 48th position.

This has prompted criticism from Boll's team-mate Dimitrij Ovtcharov, who is currently ranked fifth in the world and would be rated sixth under the new system.

Writing on Instagram, he posted: "What do you guys think about the new ITTF World Ranking system that will be introduced in 2018?

"As an example Timo Boll would be ranked number six in Germany and 44 [now changed to 48] in the world...

"Of course I can't in any way agree with that being how it should be..."

Wider player opinion on the merits of the new system remains split.

What do you guys think about the new ITTF World Ranking system that will be introduced in 2018? 🤔 as a example Timo Boll would be ranked nr 6 in Germany and 44 in the world... 🤔 of course I can't in any way agree with that being how it should be... what is your opinion guys? #newsystem #worldranking #tabletennis @ittfworld

Unlike in tennis, elite table tennis players also play in many competitions, such as professional leagues and continental events, which are not ITTF world rankings events.

It may therefore be difficult for them to participate in additional World Tour events.

Under the new monthly rankings, points will be awarded for "all World title events, the Olympic Games, ITTF sanctioned events and ITTF recognised events".

Points will be awarded on the basis of the position in a tournament that a player reaches.

Players who do not have any recorded international results for more than 12 months will be excluded from the ITTF World Ranking.

However, there will be a "special seeding" provision for injured, sick or pregnant players who do not compete in any table tennis competition for a minimum of six months.

Those wishing to make feedback and suggestions are urged to contact the ITTF here on or before May 31.