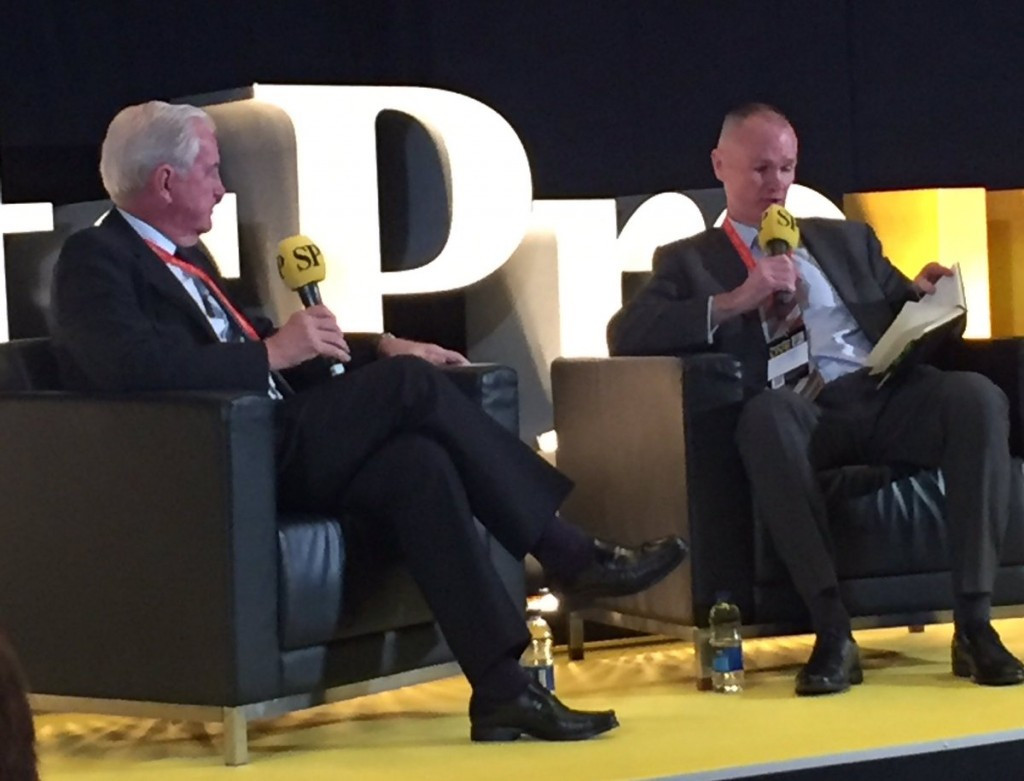 World Anti-Doping Agency (WADA) President Sir Craig Reedie revealed here today that the re-compliance of the Russian Anti-Doping (RUSADA) before next year's Winter Olympic and Paralympic in Pyeongchang Games will feature among his discussions with Thomas Bach at a meeting scheduled for next week.

Sir Craig revealed during a session entitled "How can the battle against doping be won" on the opening day of SportsPro Live that he is due to hold talks with the International Olympic Committee (IOC) President on Monday (April 3) during SportAccord Convention in Danish city Aarhus.

RUSADA was heavily criticised in a WADA Independent Commission report in November 2015 when explosive reports of state-supported doping within Russia’s athletics programme were revealed.

Pavel Kolobkov, who replaced Vitaly Mutko as Russian Sports Minister last year following his promotion to Deputy Prime Minister, claimed earlier this month that the aim of RUSADA is to regain provisional compliance with WADA by May.

He hopes they will be fully re-instated by November, approximately three months before Pyeongchang 2018 is due to take place from February 9 to 25.

Asked whether Russia is unlikely to compete at Pyeongchang 2018 if RUSADA is not compliant by the Games, Sir Craig said: "Well that is one of the exercises we have to go through to get them compliant as quickly as we can and that’s the sort of thing I’ll be speaking to Thomas about on Monday."

The 75-year-old Scot went onto say there is an assumption that because WADA is holding an Executive Committee and Foundation Board meeting in South Korea’s capital Seoul on November 15 and 16, that "might be a time" to make RUSADA compliant.

He added that he does not think the November date can be relied on as being fixed.

Calls have been made for a ban of Russian athletes at Pyeongchang 2018 following the publication of the WADA-commissioned McLaren Report.

The report by Canadian lawyer Richard McLaren produced evidence that more than 1,000 Russian athletes were allegedly implicated in a scheme where samples were tampered with and manipulated at events including the 2014 Winter Olympic and Paralympic Games in Sochi.

All six, including Aleksandr Legkov, the 50 kilometres freestyle gold medal winner at Sochi 2014, were suspended from competition by the International Ski Federation as the investigation continues.

Asked if there is a case for collective punishment, Sir Craig said: "Well that’s the argument that will become ever more public.

"I think steps could be taken now which would allow the IOC to make that decision and preferably make it at the earliest possible date in fairness to the Winter Games, in fairness to the competition involving the world’s athletes, as well as being fair to themselves.

"The way to do that, I’m sure, is to make sure that the work that is currently being done by the two disciplined commissions which have been founded, one on the institutionalised doping and one on the individual athletes, is finished as quickly as possible.

"My guess thereafter, and it’s an informed guess, is that there will be a very, very intense pre-Games testing programme before Pyeongchang and the IOC, I am sure, will be hugely supportive of that.

"And that will allow them to make a reasoned decision."

The IOC claimed in a 12-point reform declaration made earlier this month that anti-doping should be separated from sporting interests but also "equally independent from national interests".

Anti-doping organisations, however, believe WADA should be responsible for sanctioning individuals who fail tests as well as organisations non-compliant with the World Anti-Doping Code.

They criticised the IOC for adopting what they implied was a hypocritical stance considering their decision not to hand Russia a blanket suspension from last year's Olympic Games in Rio de Janeiro following the McLaren Report evidence, merely rubber-stamping eligibility decisions made by individual International Federations instead.

Questioned on whether he believes the IOC will give WADA sanctioning powers, Sir Craig said: "The declaration the IOC made introduced a number of principles that they would like to see going forward.

"It may or may not be helpful, but as soon as they make a declaration then immediately other people feel compelled to answer it or disagree with it and it’s an ongoing debate.

"The principle argument at the moment is on the governance of the World Anti-Doping Agency.

"We have an expert working group, on which the IOC are represented, already working and they’ll be reporting to us at our (Foundation Board) meeting in May.

"So that work is underway.

"As far as compliance is concerned, sports seem to interpret that as just an attempt by the World Anti-Doping Agency to stop people taking part in sports events.

"Nothing could be further from the truth.

"At the moment, we have a system of compliance; it’s rule compliance only with the World Anti-Doping Code.

"You’re either compliant or you’re not."