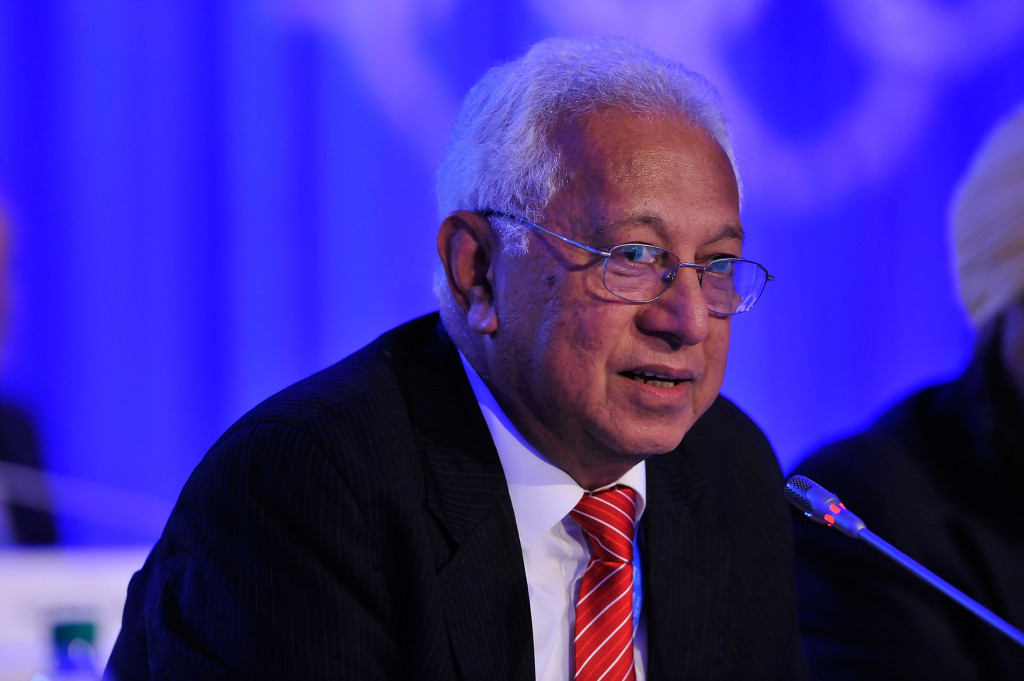 Oceania National Olympic Committees (ONOC) President Robin Mitchell is poised to be re-elected for a further four-year term after it was confirmed the Fijian will stand unopposed at the General Assembly here on Saturday (April 1).

The International Olympic Committee (IOC) member has led ONOC since 2009 after previously serving as its vice-president and secretary general.

Mitchell is also a vice-president of the Association of National Olympic Committees and World Anti-Doping Agency (WADA) Foundation Board member.

He serves on the IOC's Olympic Solidarity, Ethics, Medical and Tokyo 2020 Coordination Commissions.

When his re-election is confirmed here at the meeting taking place on Fiji's biggest island Viti Levu. , Mitchell will head into his third term as ONOC President.

Two candidates will vie for the post of ONOC secretary general, with incumbent Ricardo Blas of Guam being challenged by the Cook Islands Sports and National Olympic Committee President Hugh Graham.

The post of ONOC vice-president will be contested by three candidates, with New Zealand's IOC member Barry Maister leaving the role.

Baklai Temengil, the secretary general of the Palau National Olympic Committee, is the third candidate for the role.

Both Boudier and Temengil have also put themselves forward for places on the ONOC Executive Board, the latter seeking re-election.

There are five nominations for the ONOC Athletes' Commission.

Australia's three-time Olympic canoe sprint medallist Ken Wallace is among those vying for a place on the Commission, along with Cook Islands' rugby player Edith Nicholas.

Both Cathy Wong and Eddie McCaig of Fiji have been put forward for the ONOC Medical Commission, as well as Australia's Peter Fricker, Lawrence Puni of the Cook Islands, Guam's Luis Cruz, Chris Milne of New Zealand and Palau's Jason Nolan.

Five nominees have been made for the ONOC Merit Award.

Australia's Brownlee and Craig Phillips are among those being considered.

The nominees will be reviewed by the ONOC Executive Board, following the elections on Saturday, with its members then producing a final decision.