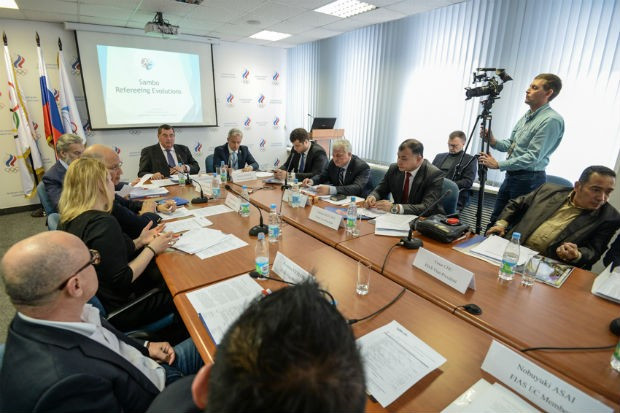 Possible changes to the number of weight categories was discussed at an International Sambo Federation (FIAS) Executive Board meeting held in Russian capital Moscow.

The vice-president of FIAS, Sergey Eliseev, announced two approaches to this issue which were developed during the analysis of proposals sent to the governing body.

The first was a reduction in the number of weight categories from nine to eight while the second suggested cutting the number to seven.

Following the discussion, members of the Executive Board agreed that the proposals should be tested at future tournaments.

After the testing it will be decided whether to go ahead with either option.

"We discussed the possibility of having seven weight categories instead of nine," Eliseev said.

"This will give us the opportunity to develop sambo further and make it popular and allow as many countries as possible to win medals.

"We are going to try out competitions with seven categories in future student tournaments."

The meeting took place alongside the Sambo World Cup which was held at the Luzhniki Small Sports Arena.

An online competition registration system was launched by FIAS last month and is now fully operational for events in 2017.

The system, which also includes a database showing competition results for specific athletes, was promised at the FIAS Congress in Sofia last year.

A detailed record of online licenses for each participant is included, as well as for judges and national federations.

This will mean there is no longer the need to bring paper copies of licences to all international events.

All information will be entered onto the database, so registrations for each individual competition will be far simpler and require just the selection of athletes from an existing list.

This system will now be the only way to sign-up for international events, including the World Championships.