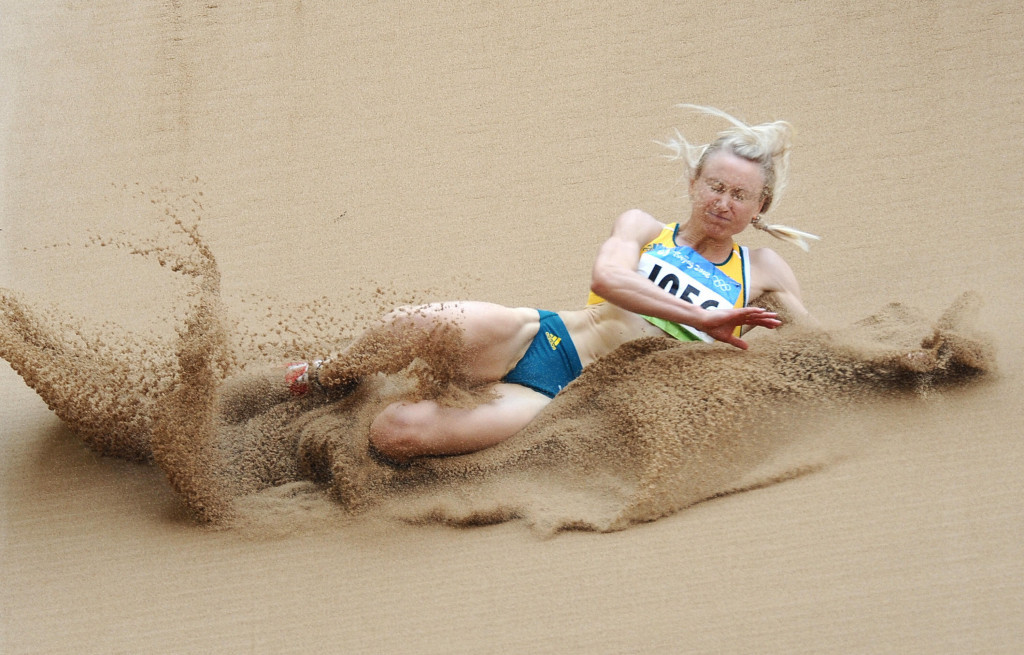 Three athletes who believe they were cheated out of Olympic medals in the long jump event at Athens 2004 are calling for an investigation into the result to be launched after Russian competitors swept the podium.

According to the Brisbane-based Courier Mail, Australia's Bronwyn Thompson, Britain’s Jade Johnson and India’s Anju Bobby-George, who finished fourth, fifth and sixth respectively in the Greek capital,  have urged their National Federations to support their case before they consider approaching the International Association of Athletics Federations (IAAF) and the International Olympic Committee (IOC).

All three Russians who claimed a medal in the event - Tatyana Lebedeva, Irina Meleshina and Tatyana Kotova - have since failed drugs tests.

They did not test positive at the Games in 2004, however, and the samples from the event have since been destroyed, while the 10-year statute of limitations has also passed.

Thompson, Johnson and Bobby-George claim they have been denied their chance at glory by the Russian athletes.

Thirty-nine-year-old Thompson, who now works as a physiotherapist in Queensland, lamented the fact that the samples cannot be retested.

She said in an interview with the newspaper that "the opportunity to support or refute the use of banned substances in the Russians at the 2004 Games was lost" as a result of the destruction of the samples.

The Australian, who won Commonwealth Games gold in the long jump in Melbourne in 2006, conceded it was an audacious attempt from the trio but pointed to the cases involving disgraced American duo Marion Jones and Lance Armstrong - who both never failed a test at the Olympics but were retrospectively stripped of medals for doping - as a cause for optimism.

They have also threatened the possibility of legal action but it still remains unlikely they will be successful with their cases.

"You can’t ever give someone back the moment on top of the podium once you’ve stolen it from them," she told the Courier Mail.

"I have a great life after athletics but would I love to be awarded the gold medal after finishing behind three athletes who have all been shown up as drug cheats?

"At this stage, I am hoping Athletics Australia will support the three of us in our legal action to help build a strategy and gather evidence to build our case."

Thompson’s former coach Gary Bourne went a step further, claiming the fact the Russians had not tested positive at Athens 2004 was a "massive injustice" while accusing the IOC of complicity.

Bourne hopes the issue will be raised at an Athletics Australia meeting next week.

"We strongly believe that a massive injustice occurred in 2004 with failure of the IOC Testing laboratory in Greece to identify positive test results for these Russian medallists," he said.

"To our dismay it was continued in 2012 with the failure of the IOC to re-test these samples.

"We believe the IOC has been complicit in this matter and must be called to account for their failure to act to protect clean athletes."

Lebedeva, gold medallist in the long jump in Athens, was stripped of her silver medals won in the long jump and triple jump at Beijing 2008 after a retrospective test uncovered the presence of banned steroid turinabol in her sample.

Meleshina was given a two-year ban in April 2012 for a positive test, meaning she missed out on competing in that year's Olympic Games.

Kotova was promoted to Olympic bronze at Sydney 2000 due to Jones testing positive but was found to be doping at the 2005 World Championships, where she won a silver medal, when her sample was re-analysed in 2013.

insidethegames has contacted the IAAF and the IOC for comment.