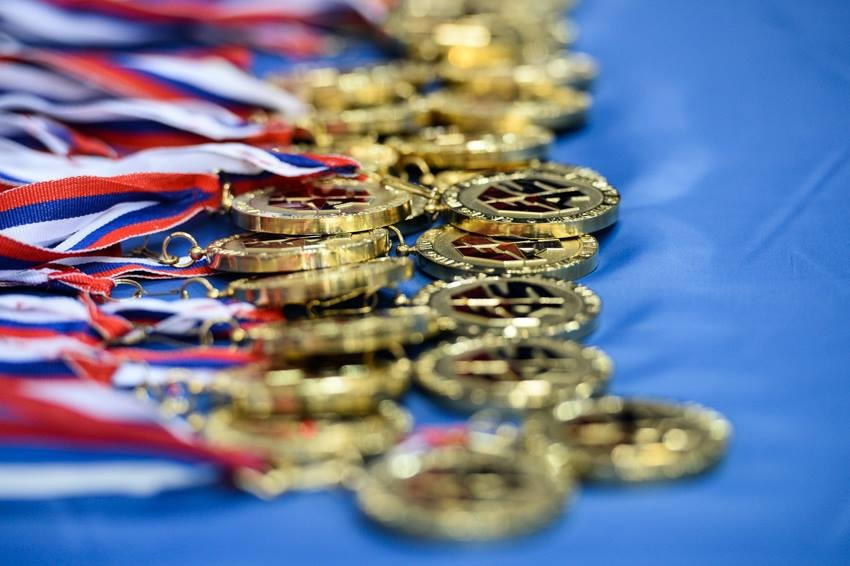 France and Georgia both opened their gold medal tallies on the final day of the Sambo World Cup in Moscow, but it was hosts Russia who dominated proceedings once more at the Luzhniki Small Sports Arena.

Laure Fornier came out on top in the women’s 56 kilograms category to secure France’s solitary title of the two-day event, while Georgia’s Nino Odzelashvili and Elene Kebadze won the respective women’s 72kg and over 80kg crowns.

The women’s 72kg bronze medals went the way of the United States’ Jamie Driver and Belarus’ Volha Namazava, while the third step of the women’s over 80kg podium featured Belarus’ Katsyaryna Kaluzhnaya and Turkmenistan’s Mahri Mulkieva.

However, it was Russia that won the most gold medals today with six of their nine coming in sport sambo.

Success in the women’s categories came courtesy of Elena Bondareva in the 48kg and Sofia Kabulova in the 64kg.

There were also triumphs for Russia in four of the five men’s categories, including that for Andrey Kubarkov at 52kg ahead of Kazakhstan’s Beimbet Kanzhanov.

Other victorious finalists for the home nation were Roman Tokarev against Bulgaria’s Ashot Martirosyan at 74kg, Sergey Ryabov over Uzbekistan’s Nodirjon Merhalikov at 90kg and Artem Osipenko at the expense of Kazakhstan’s Yerassyl Kazhybayev at over 100kg.

The one other men's sport sambo gold medal was won by Turkmenistan’s Begli Meretgeldiyev, who beat Russia’s Mger Adzhemyan in the men’s 62kg final.

Belarus’ came courtesy of Ilia Hadkevich to the disappointment of Badalyan’s compatriot Mavrik Nasibyan at 74kg.

The Sambo World Cup is also referred to as the A Kharlampiev Memorial World Cup in honour of Anatoly A. Kharlampiev, one of the founding fathers of the sport.