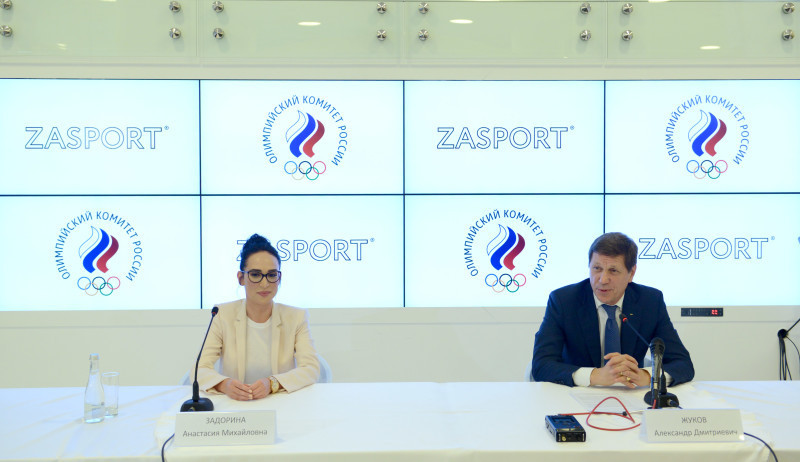 Russian athletes will wear ZA Sport designed kit if they participate at next year's Winter Olympic Games in Pyeongchang after ending a longstanding partnership with Bosco.

This follows the signing of an official partnership agreement between the Russian Olympic Committee (ROC) and ZA Sport founder and designer Anastasia Zadorina.

It will see the Moscow-based company assume responsibility for Russian Olympic outfits for the next eight years.

It brings to an end a 14-year tenure for Bosco.

"Thanks to the ROC’s wise marketing strategy, we are getting many serious partners," ROC President Alexander Zhukov told the TASS news agency after the unveiling.

"We are glad that ZA Group, which intends to develop simultaneously with the Russian Olympic team, is among them.

"They are set to create a uniform that will take into account to all requirements by our athletes.

"I’m sure they will play a major part in promoting the Olympic Movement and in creating a positive image of the Russian sports."

Zhukov insisted they were "satisfied" by their cooperation with Bosco, before adding: "But all good things come to an end and then other good things begin."

ZA Sport’s designs are expected to debut at the European Youth Olympic Festival taking place in Győr in Hungary between July 22 and July 30.

Their presence in Pyeongchang six months later does still depend on Russians being given the all-clear to compete.

A decision on how to sanction their 2024 performance and to restrict their 2018 participation is expected by the end of this year.

"Outfitting the Russian Olympic team [is] a great responsibility and an important stage in our development," added Zadorina.

"We will make every effort and use all our experience to our country Olympic team looked modern and progressive to form met all the highest requirements for quality and functionality, and most importantly, loved sportsmen."