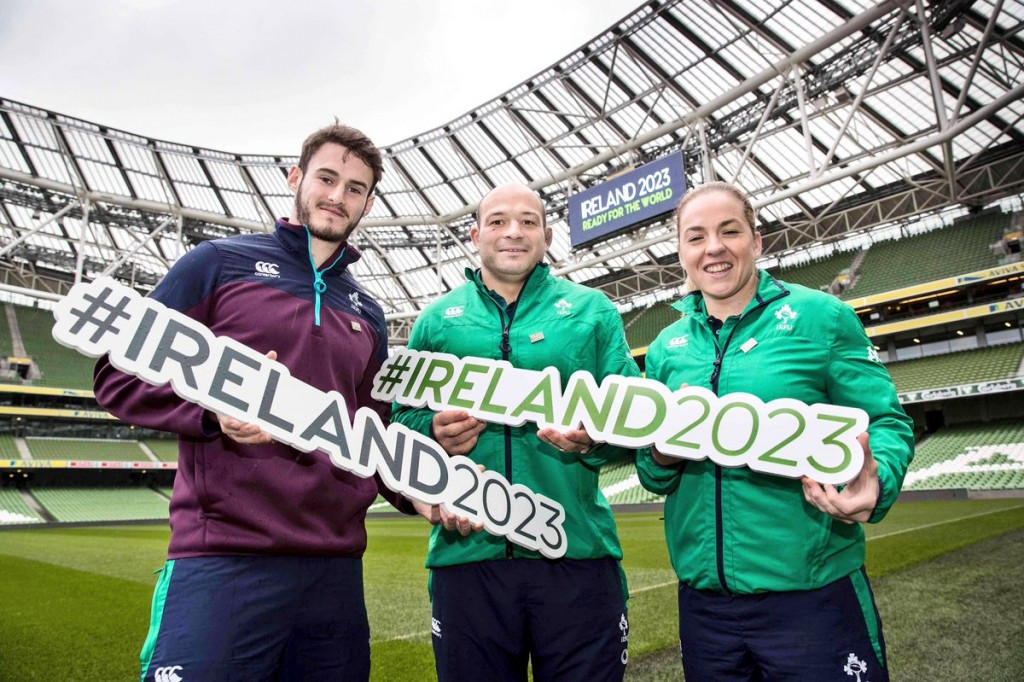 World Rugby's technical review group has completed a "phenomenally powerful programme" during their visit to Ireland's bid for the 2023 Rugby World Cup according to the chairman of the bid's oversight board Dick Spring.

During their visit, the technical review group visited stadiums which will be used during the tournament if hosted by the European nation and were taken to a special reception by his Irish President Michael D Higgins at Áras an Uachtaráin, his official residence.

France and South Africa are also bidding for the 2023 World Cup with a final decision due to be made on November 15.

Following the conclusion of the trip, Spring has claimed the bid is "truly world class" and paid tribute to the organisers of the visit.

"I must complement our bid director Kevin Potts, the oversight board bid director, and his team for a phenomenally powerful programme over the past two days," said Spring.

"I have consistently stated that our objective, first and foremost, is to deliver a world class bid on behalf of the people of Ireland.

"Having witnessed the quality, depth and professionalism of the 12 separate presentation modules delivered I can confidently state that Ireland's bid to host the 2023 Rugby World Cup is truly world class.

"In particular, I would highlight the importance we are placing on the experience for fans.

"Our stadiums, set right in the heart of cities and towns, will make for a truly unique and enjoyable experience for all who attend matches.

"This will include supporters of international teams, Irish home based supporters and of course the enormous numbers of our diaspora, particularly from North America, who are already indicating their intention to travel.”

The programme began with a formal welcome at Croke Park, the proposed venue for the final, by a group which included the Irish Minister for Transport, Tourism and Sport Shane Ross, the chief executive of the Irish Rugby Football Union Philip Browne and Spring.

Officials were taken on a tour of the stadium by bid ambassador and former Ireland captain Brian O'Driscoll and Dublin Gaelic football legend Bernard Brogan.

On day two, the group were taken to the Aviva Stadium to meet by the captains of Ireland's senior, under 20's and women's teams, Rory Best, Jack Kelly and Niamh Briggs, respectively.

The Aviva Stadium is another of the 12 proposed venues and is built on the site of the former Lansdowne Road Stadium with a capacity of 51,700.

Ireland has never hosted a Rugby World Cup on its own, but did stage matches as part of a joint effort with England, Wales, France and Scotland in 1991.

With candidates due to submit their detailed bid documents to World Rugby on June 1, the technical review group, who visited South Africa between March 13 and 15, will now travel to France between March 30 and 31.

The World Rugby delegation is meeting with representatives of each bid to offer advice and support to assist the bidding process.

Each visit will provide an opportunity for candidates to discuss their plans in detail, clarify any questions on the technical aspects or bid process and allow officials from the sport's global governing body to meet with Government representatives.

World Rugby will also use the occasion to reiterate all expectations regarding guarantees and requirements to "ensure a fair and transparent bidding process".

In line with World Rugby’s "robust selection procedure", all bids will be reviewed in detail by a specialist group and independently assessed to ensure a "fair and consistent approach to the decision-making process".