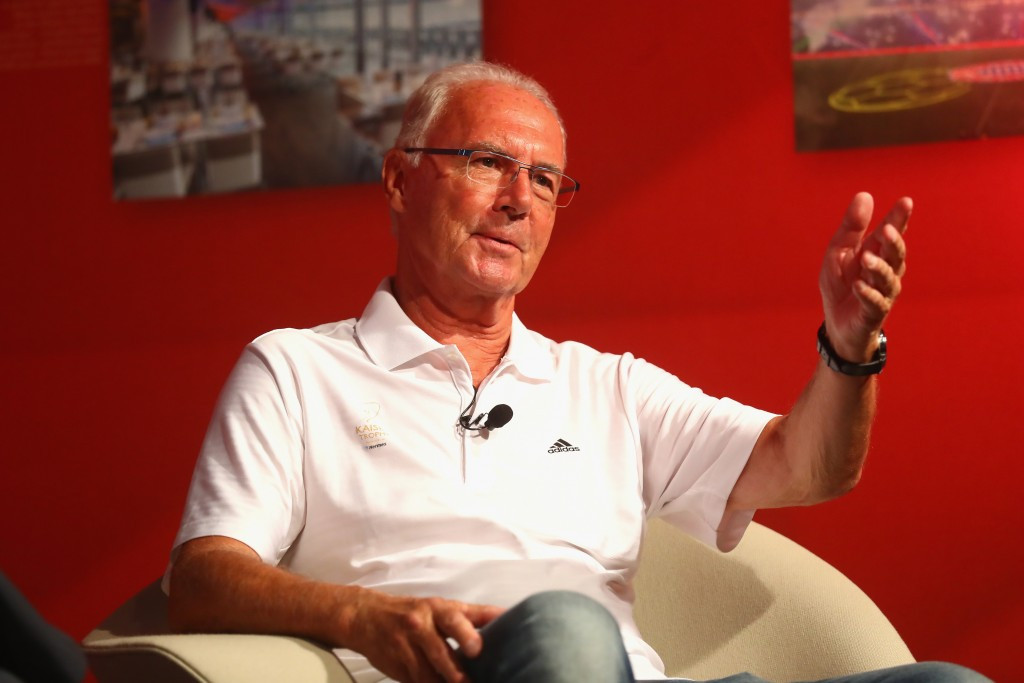 Swiss prosecutors have questioned Franz Beckenbauer as part of their ongoing investigation into allegations of corruption within Germany's successful bid for the 2006 FIFA World Cup.

Their probe centres on accusations of fraud, criminal mismanagement, money laundering and misappropriation in Germany's pursuit of the hosting rights for the 2006 tournament.

"Today I was interviewed as part of a long scheduled hearing by the Swiss federal prosecutor," 71-year-old Beckenbauer said.

"I answered his questions."

In a statement, the OAG said Beckenbauer, who went on to manage his country at the 1990 World Cup, had co-operated with their questions.

"The Swiss Federal Prosecutor's Office (BA) can confirm that Franz Beckenbauer was questioned in Bern by federal prosecutors on Thursday, March 23," the statement read.

"As always, the guilt of innocence also applies in this criminal case.

"Since this is a pending procedure, no further details can be given."

World football's governing body began an investigation in March 2016 concerning the bid process which led to the European nation being awarded the event in July 2000.

It followed allegations that a slush fund of €6.7 million (£5.8 million/$7.2 million) was set up in order to bribe members of FIFA’s ruling Executive Committee in the 2006 World Cup bid race.

A report from law firm Freshfields, who were commissioned by the DFB to investigate the accusations, found no evidence of vote-buying within the German bid when it was published in March of last year.

However, it suggested that possibility cannot be ruled out due to the amount of files and documents that could not be obtained.

It revealed a series of suspicious payments he allegedly made to banned former FIFA vice-president Mohammed bin Hammam.