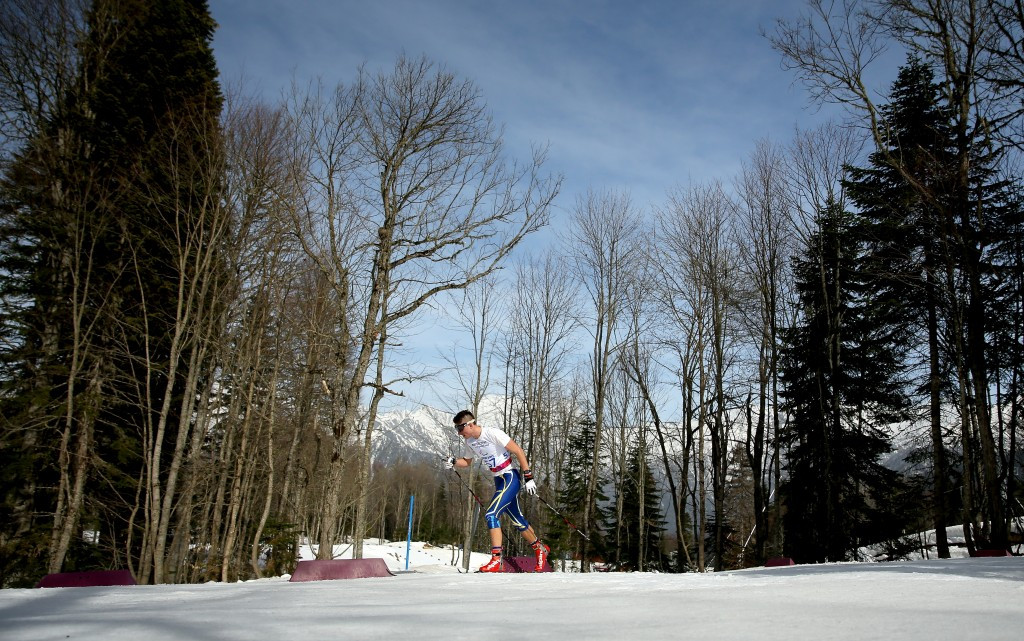 His second place finish in the sprint was enough to finish ahead of Ukraine’s Taras Rad and Norway’s Trygve Steinar Larsen in the overall rankings.

Despite missing the out on the podium today, Utkin’s fourth place finish saw him claim the men’s visually impaired World Cup title with guide Ruslan Perekhoda.

Utkin collected his first title in a season where he also won World Championships gold.

Today's podium was completed by three of Utkin’s team-mates.

Iaroslav Reshetynskiy, guided by Artur Gergardt, won in a time of 20:00.1.

Despite shooting clean Dmytro Suiarko and guide Ivan Marchyshak finished in second in 20:03.8.

Oleksandr Kazik and guide Sergiy Kucheryaviy completed the top three after they crossed the line in 20:13.3.

Daviet went unbeaten across three World Cup stages, sealing his seventh win of the season in a time of 17:49.6.

Germany’s Clara Klug and guide Florian Grimm finished in second in 19:52.2 while Ukraine’s Olga Prylutska was third with guide Dmytro Artomin in 21:10.0.

Shyshkova topped the rankings ahead of team-mate Oleksandra Kononova, who won the women’s standing biathlon race in Sapporo.

As the confirmed World Cup winner in her classification, Kononova competed without any pressure today.

Despite dropping two shots, the Ukrainian secured the win ahead of Canada’s Emily Young in a time of 18:12.9.

Young took second in 18:41.8 with Ukrainian Iuliia Batenkova completing the podium in 18:50.9.

Germany's Paralympic and world champion Andrea Eskau was victorious in the sprint, winning in 20:33.8.

The United States' world champion Oksana Masters finished in second in 20:41.0 while another German, Anja Wicker, was third in 21:51.7.

Ukraine were confirmed as the winners of the Nation’s Cup.