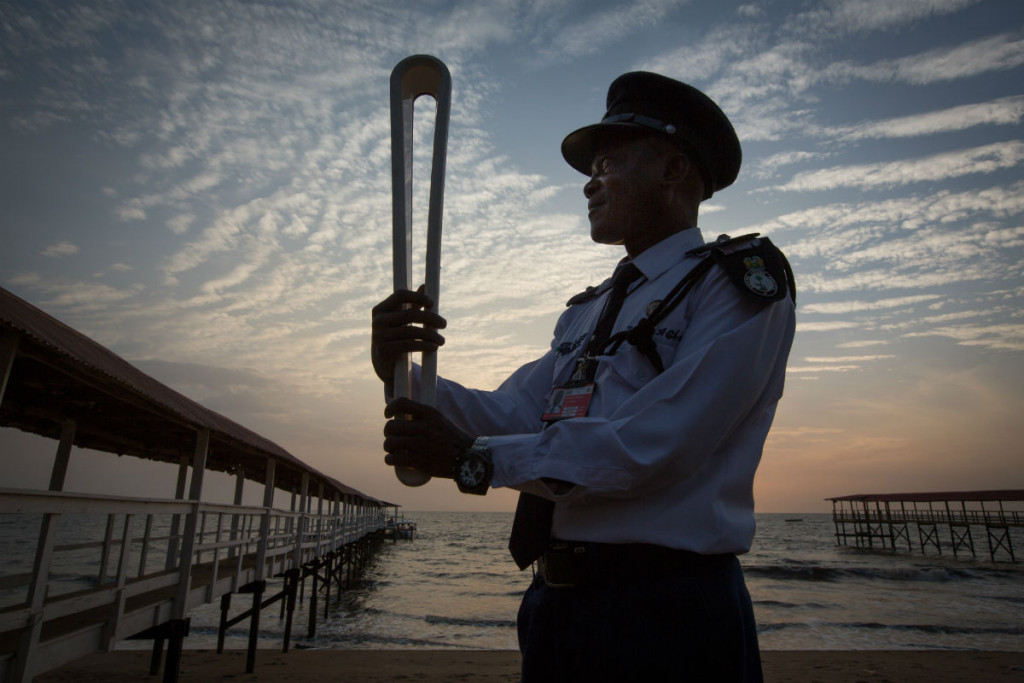 The country received the Baton in Freetown, where it was held by groups of local people as organisers claim the spirit of the Games was being shared at market stalls, with school children and workers.

A baton running relay began at the International Security Advisory Team (ISAT) facility, a train-the-trainer initiative for the region funded by the British Government.

The Baton also visited the Fourah Bay College, the first university in West Africa, before being welcomed to the country’s State House.

The Baton was relayed by Government Ministers and secretaries in the Presidential Garden.

It also visited the Lumley Beach Road by the shoreline, before heading to the Agape Experimental Primary and Secondary School.

The school is connected to Coomera Primary School on the Gold Coast through the Schools Connect Programme.

“The bonds that are formed through sport foster peace and they help to heal communities.

“Sport helped Sierra Leone through the Ebola crisis with survivors forming sports teams and working together to combat and overcome.”

The Baton completed its time in Freetown with a visit to the Choithrams Hospital.

The Queen's Baton Relay for next year's Commonwealth Games was launched at a ceremony last week, which took place at Buckingham Palace on Commonwealth Day.

It has now moved on to Ghana’s capital Accra.