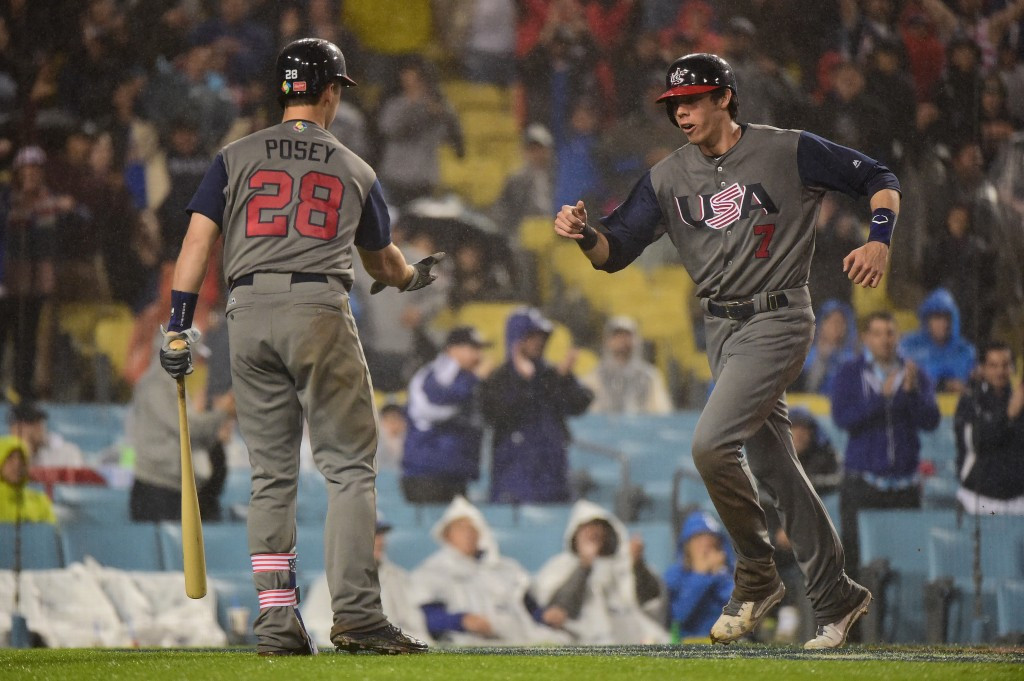 The United States will take on Puerto Rico in the final of the 2017 World Baseball Classic after they defeated former champions Japan 2-1 in Los Angeles this evening.

Japan and Puerto Rico were the only two countries with unbeaten records before today's match but it was the Americans who prevailed on home soil at Dodger Stadium.

The contest opened up with three scoreless innings before the US posted a single in the fourth to edge ahead.

Japan were soon level, however, with a sole score of their own in the sixth innings.

With the teams level at 1-1 in the top of the eighth, Adam Jones of the US hit a low drive which fell to Japanese third baseman Nobuhiro Matsuda.

The ball slipped out of Matsuda's glove allowing Brandon Crawford to score from third base, giving the Americans the advantage.

Pitcher Luke Gregerson then produced a flawless ninth innings to close out the match and secure his country's place in the final.

"It means a heck of a lot," said American outfielder Andrew McCutchen.

"We've got a great group of guys on this team who have dedicated this time to be able to try and win some ball games.

"Sacrifices had to be made, and there are no egos when that door opens."

It marks a disappointing exit for Japan, who won both of the first two World Baseball Classic tournaments in 2006 and 2009.

"That's what it means.

"I cannot blame them, though, for doing that."

The US will now meet the Puerto Ricans, who defeated The Netherlands in a dramatic 11th innings win yesterday.

They maintained their 100 per cent tournament record as they aim to go one better after losing in the final to the Dominican Republic in 2013.

The tournament is set to conclude tomorrow with the final also being held at Dodger Stadium.