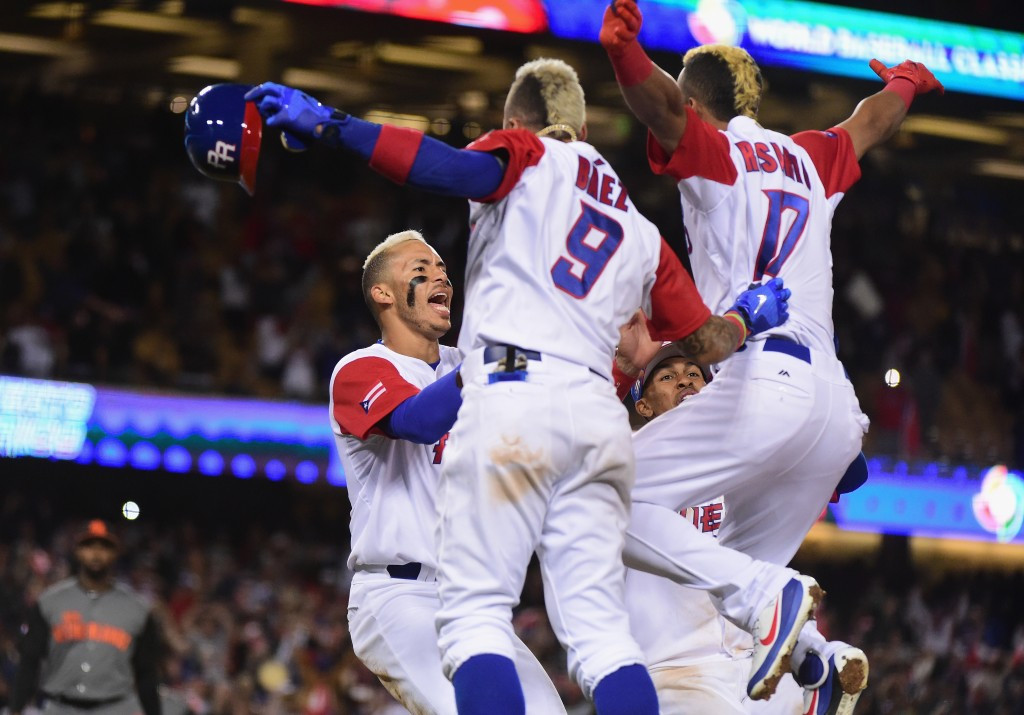 Puerto Rico have booked their place in the final of the 2017 World Baseball Classic after they defeated The Netherlands 4-3 in the 11th innings of their last four clash today.

The Puerto Ricans maintained their 100 per cent tournament record at Los Angeles' Dodger Stadium as they aim to go one better after losing in the final to the Dominican Republic in 2013.

The match started in ferocious style with both sides scoring two runs in the opening innings.

Puerto Rico edged ahead after the second, however, with a home run from T.J Rivera.

The third and fourth innings proved fruitless for both teams before the Dutch side levelled the contest with a single of their own in the fifth.

The match remained level at 3-3 after 10 innings, forcing a tense 11th.

With the bases loaded for Puerto Rico, Eddie Rosario drove the ball through the centre.

It fell to Jurickson Profar, whose throw failed to get Carlos Correa out as he made it home to send the Puerto Ricans into the final.

"It means a lot, because Puerto Ricans have gone through a very difficult [economic] situation currently, and we were able to unite our country," Correa said.

"The last [Classic], I wanted to play, but I was too young.

"So undoubtedly, I am very happy with having the opportunity."

Puerto Rico will now await the winner of tomorrow's semi-final between hosts the United States and Japan, which is also scheduled to take place at Dodger Stadium.

"Tonight, they do deserve to go where we're headed, which is the final game, because they handled the basic fundamentals of baseball."

Following tomorrow's second semi-final, the final will then take place at Dodger Stadium on Wednesday (March 22).