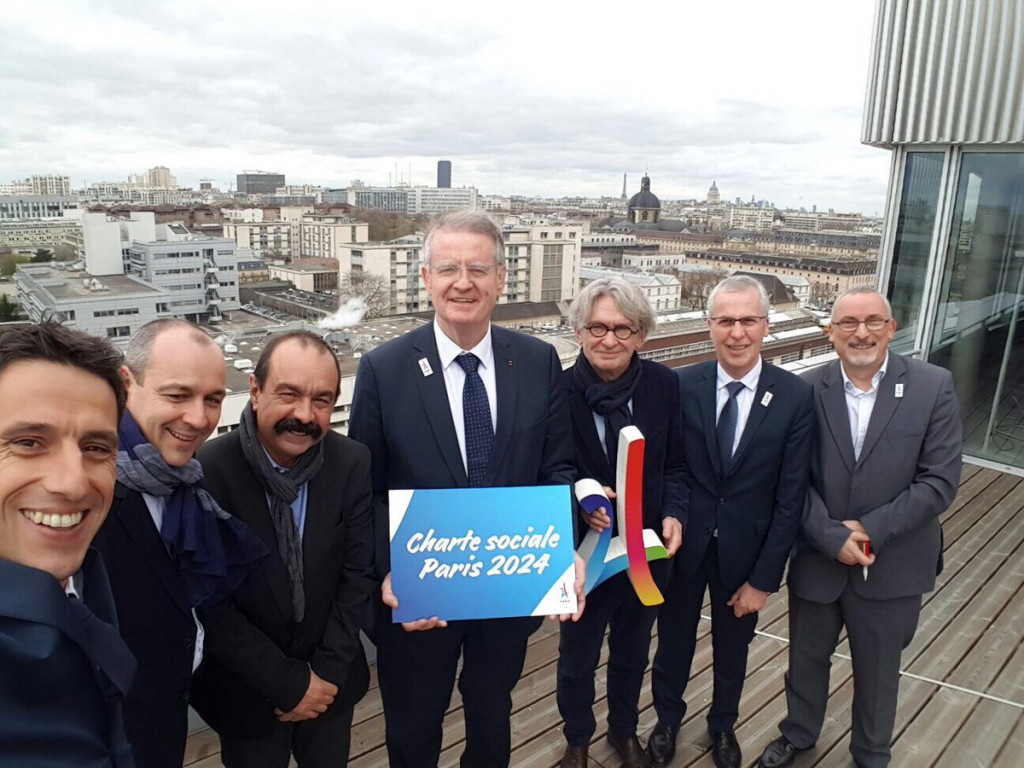 A "wide-ranging" and "landmark" social charter has been signed by the Paris 2024 Bid Committee and five major trade unions in the French capital today.

Paris 2024 co-chairmen Bernard Lapasset and Tony Estanguet were present in Paris to pen the agreement, which the Bid Committee claim "reinforces the strong unity" behind their attempt at securing the hosting rights for the Olympic and Paralympic Games.

The charter comprises 16 commitments involving the Organising Committee as well as other companies and public authorities should Paris be chosen as the host city of the 2024 Games at the International Olympic Committee (IOC) Session in Lima on September 13.

Calls for the IOC to award both the 2024 and 2028 editions to Paris and Los Angeles respectively have gathered pace in recent months, however.

The IOC last week established a working group, chaired by the four IOC vice-presidents, to discuss reforms to the bid process.

Placing the quality of employment and working conditions at the heart of the economic impact of the Games, promoting the development of skills and the security of career paths for employees and committed volunteers and establishing socially exemplary governance and organisation structures are among the other pledges in the social charter.

It also aims to ensure the presence of trade unions in the governance of the Organising Committee through a representative of French employees at the Executive Board of the International Labour Organisation (ILO).

The #SocialCharter’s 16 commitments place social prosperity and skill development at the heart of #Paris2024 #MadeForSharing pic.twitter.com/JepO6stV8p

"This social charter, signed by Paris 2024 with the five main employee unions, is further proof of the unifying power of our project." Lapasset said.

"We need them, their experience and their expertise to deliver a spectacular celebration of sport.

"This charter also illustrates our social ambition for Paris 2024 - we want exemplary and purposeful Games that positively impact society long after the competition has come to a close; Games that leave a lasting legacy for the greatest number of people in France."

Paris 2024 claim the charter "is another indicator of the significance and value being placed on Paris’ candidature for the 2024 Games within wider French society".

"The CFDT has decided to support the candidature of Paris for the organisation of the 2024 Olympic and Paralympic Games with the intention of making it an exemplary project," CFDT general secretary Laurent Berger said.

"The Games will be an opportunity to invest in areas that are sometimes neglected, to develop employment and to create new infrastructures for sectors such as transport and leisure.

“The CFDT has given its support so that the candidature of Paris carries with it a true social ambition.

"The Social Charter testifies to this ambition.

"If we are awarded the Games, we will work to ensure that this Charter is implemented in practice."