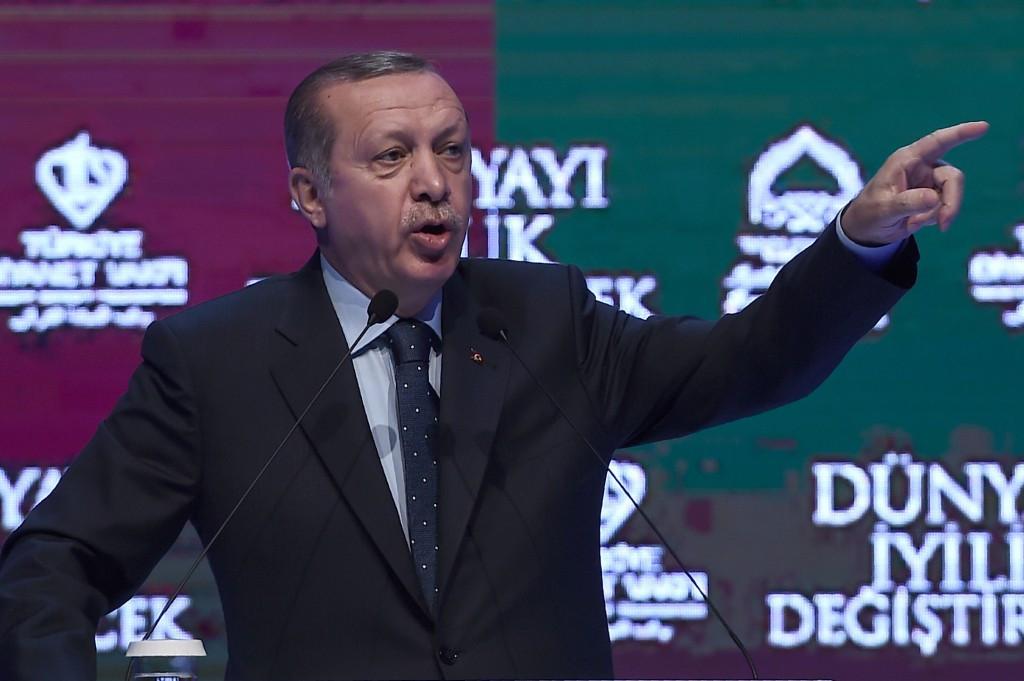 Turkish President Recep Tayyip Erdoğan believes his country "deserves" to host the Olympic Games and admitted he remains frustrated Istanbul was overlooked in the race for the 2020 event.

The Turkish city lost out to Tokyo in the vote for the 2020 Olympics and Paralympics, marking their fifth failed bid for the Games.

They managed to make it into the second round after they beat Madrid in a run-off, with the two cities both amassing 26 votes in round one.

Tokyo was chosen instead of Istanbul after the Japanese capital received 60 votes compared to Istanbul's 36.

Mass anti-Government protests around the time of the vote, which took place at the International Olympic Committee (IOC) Session in Buenos Aires in 2013, were thought to have hampered their chances of winning.

Erdoğan conceded the IOC's snub of Istanbul was still difficult to take but claimed they are "always ready to hold any kind of sporting event".

"We have still not been able to bring the Olympics to our country," he said, as reported by local media.

"Even though we deserved it, we were not given the Olympics.

"They gave it to the ones who would be hosting it for the second time, not who would host it for the first time."

Erdoğan did not specifically address a future Turkish Olympic bid despite speculation that Erzurum may enter the race for the 2026 Winter Olympic and Paralympic Games.

Mustafa Ilicak, a Turkish Member of Parliament from Erzurum province, tipped a possible bid from the city.

Erzurum, located in the east of the country, hosted the European Youth Olympic Winter Festival (EYOF) last month and the Winter Universiade in 2011.

Ilicak claimed he would discuss the issue with the Turkish President when he visits the region on March 31.

If a 2026 campaign is launched, Turkey will likely face competition from Switzerland with a Sion bid set to be rubber-stamped on April 11.

Austrian city Innsbruck are also considering bidding for the 2026 Winter Olympics and could be joined by Japanese entrant Sapporo, host in 1972, and Canadian contender Calgary, where the Games were held in 1988.

A Turkish bid would come amid heightened fears of terrorism, which may damage any possible attempt at the country hosting the Games.

Turkey recently entered the running to stage the 2024 UEFA European Championships, where they will go up against Germany.