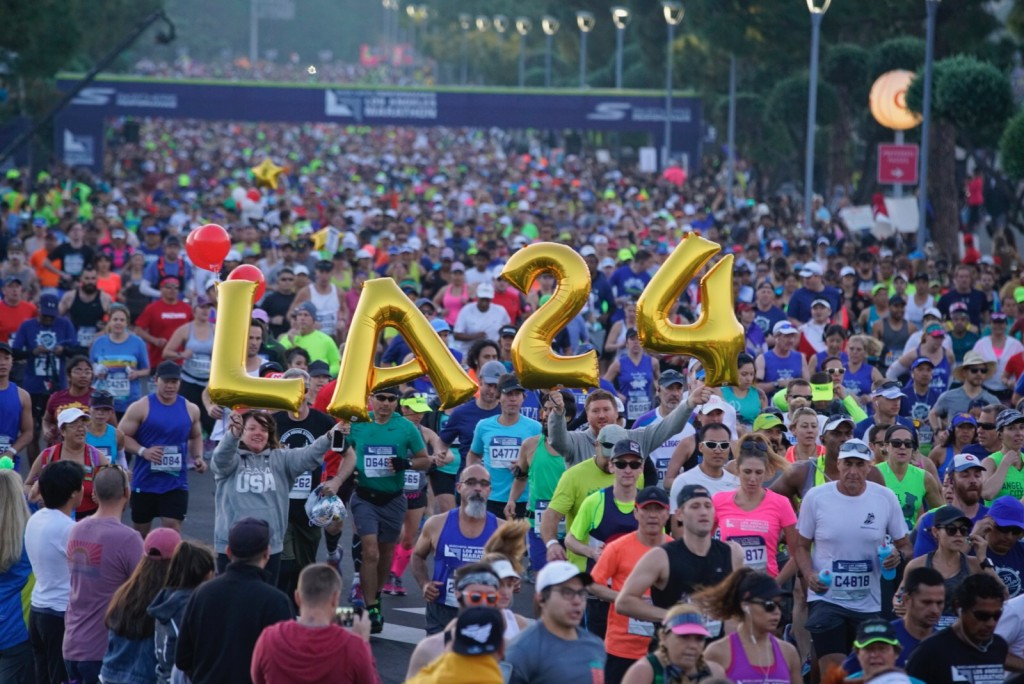 Mayor Eric Garcetti was among half-a-million spectators to cheer on 24,000 runners in the Skechers Performance Los Angeles Marathon  here  today.

On a cool day the 26.2 mile course from "Stadium to the Sea", starting from Dodger Stadium and finishing on Santa Monica Pier, was an opportunity to help promote Los Angeles' bid to host the 2024 Olympic and Paralympic Games.

"Where else can you run from an iconic stadium like Dodger Stadium, go through Rodeo Drive, past Hollywood Boulevard and wind up where beach volleyball and a million sunsets were all born," Garcetti told insidethegames at the end of the race.

"It's an incredible city, a city that is not only athlete friendly but fan friendly.

"We had 63 countries running and every State in the United States represented."

The races were of a relatively modest and dominated by Kenyans.

Elisha Barno was the men's winner, while Hellen Jepkurgat was the women's winner.

Barno, 31, broke ahead of fellow Kenyan Daniel Limo at the end of San Vicente Boulevard, battling sickness near the end of the race to win in 2 hours 11min 51sec.

Remarkably, it was the 14th Kenyan runners had filled the top three places in the men's race and they have won 17 of the last 19 events.

There were also messages of support along the course for Los Angeles' bid to host the Olympic Games for the third time following 1932 and 1984.

The Los Angeles Marathon is a direct legacy of the last occasion the city hosted the Games, having been inspired by the success of those Olympics.