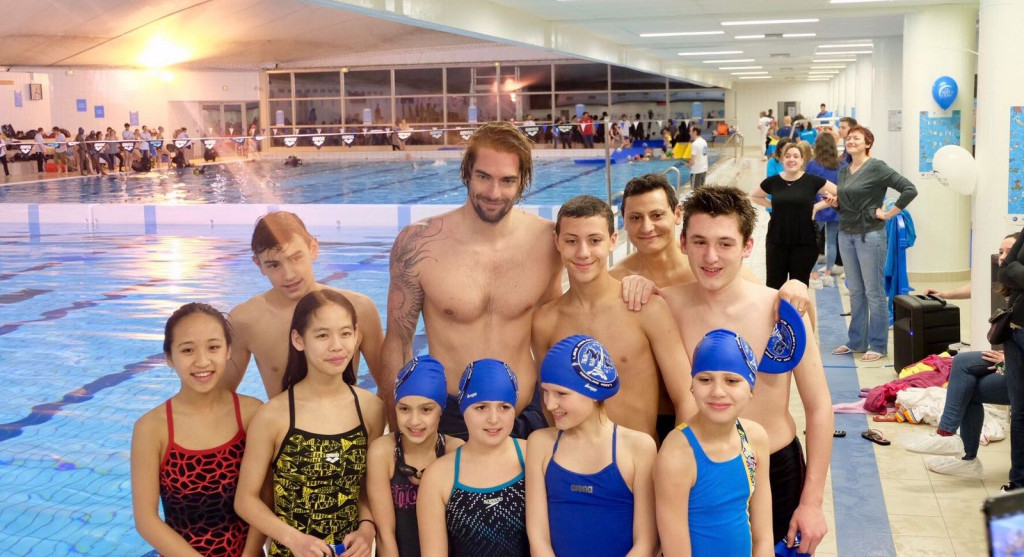 Paris 2024 has backed the La Nuit de l’Eau swimming event in France, which organisers claim ties in with a key legacy goal.

The annual charity and sports event sees more than 200 swimming pools and clubs open their doors for one night each year, with events held to promote water safety, education and fun.

According to the Paris bid team, improved access to swimming for all will be a key legacy aim if the French capital is awarded the 2024 Olympic and Paralympic Games.

Le Nuit de l’Eau, which has been held since 2008, translates into English as "night of water".

Events in Paris were attended by members of the 2024 leadership team, with vital funds raised for children in Haiti affected by Hurricane Matthew.

If successful with its bid, Paris will hold swimming events at a new Aquatics Centre in Saint-Denis.

The city has already set aside €150 million (£130 million/$161 million) for modernising and creating new swimming pools in the capital by 2020.

Mayor Anne Hidalgo has also announced plans to bring public swimming back to the River Seine.

Tony Estanguet, the triple Olympic canoeing gold medallist who is the Paris 2024 co-chairman, said: "In Saint-Denis, we will build our much-needed Aquatics Centre, which will help address the current problem that one child out of every two in the area has not learned to swim by the time they are 11-years-old.

"When it is handed over to the local community after the Games as part of our legacy promise, the Aquatics Centre will provide an accessible, state-of-the-art facility that teaches water safety to local children and encourages them to take up swimming."

Paris is bidding against Los Angeles for the 2024 Games, with the International Olympic Committee due to elect a host city on September 13 at their Session in Lima.

Francis Luyce, President of the French Swimming Federation, added: "Bringing the 2024 Games to Paris will prove hugely beneficial for swimming throughout France by raising the profile of our sport and encouraging even more people to take up swimming.

"The new Aquatics Centre will also play a very important role in the community of Saint-Denis providing all citizens with greater access to top class facilities.

"We are proud to be a founding partner of La Nuit de l’Eau, which not only raises awareness and donations for vital causes such as access to clean drinking water for communities around the world, but also promotes swimming here at home and encourages people to get involved with their local pool or club."