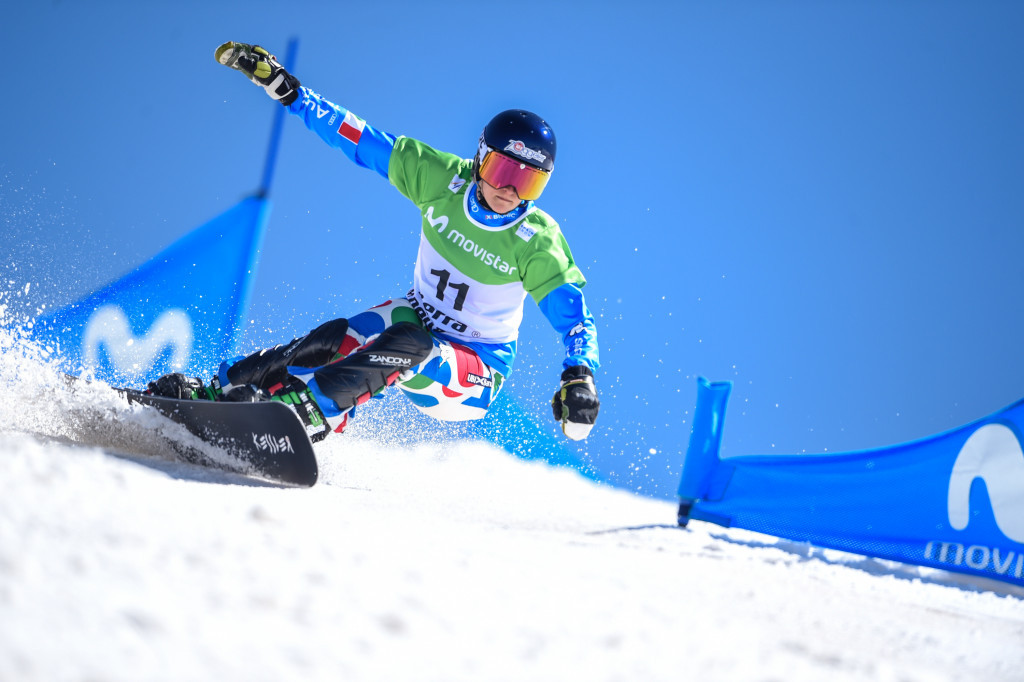 Nadya Ochner and Aaron March claimed the win for their country in the parallel slalom discipline.

They beat Austria's Daniela Ulbing and Andreas Prommegger to finish the campaign on a high note.

March, the overall parallel slalom champion, added to his silver medal in the individual event yesterday.

"It was a fantastic race," said Ochner.

"It was not the best conditions with the rain but the slope hold out pretty well.

"It was a pleasure to ride with Aaron today.

"I was pretty confident that he would do well today after he finished second yesterday.

"So, I just had to make sure that I go as fast as I could - and it worked out well."

In the team event, the second snowboarder sets off as soon as the first finishes.

"It's a fantastic finish of the season," said March.

"It was fun racing today, especially as Nadya was paving the road to victory very well.

"She gave me some pressure to go fast."

They came home in front of the Swiss pair Julie Zogg and Dario Caviezel for bronze.