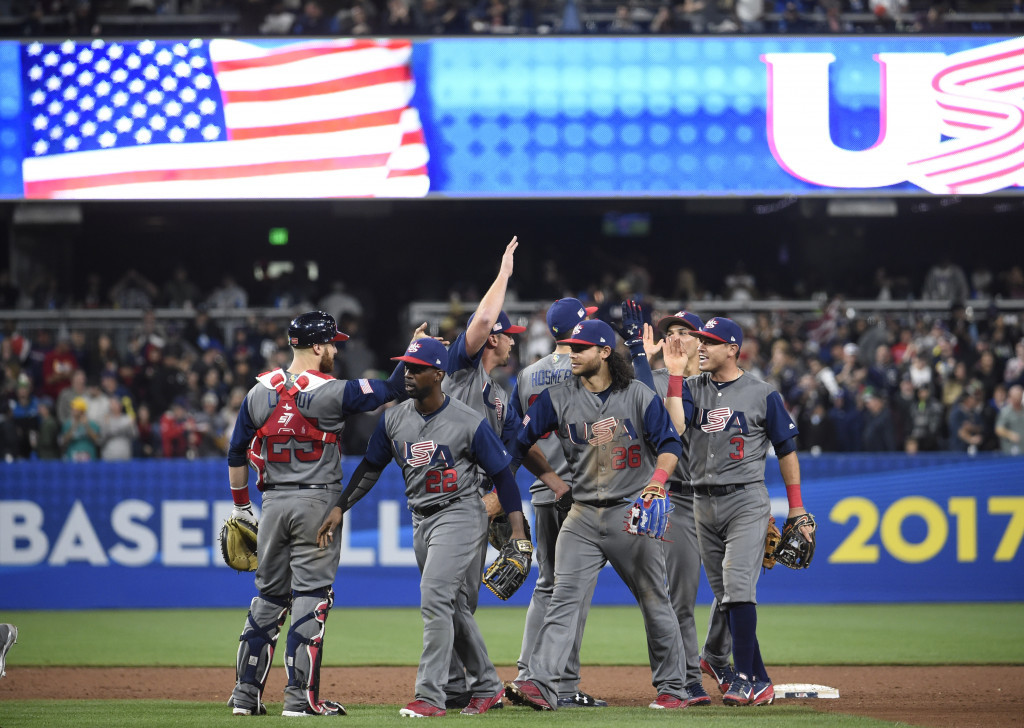 The United States booked their place in the semi-finals of the 2017 World Baseball Classic after coming out on top in a winner-takes-all match against defending champions Dominican Republic at Petco Park in San Diego.

Competing in front of a sell-out home crowd, the US claimed a 6-3 victory to secure the second qualification spot from Pool F and set up a last four encounter with Japan on Tuesday (March 21).

Defeat for the Dominican Republic, winners of the 2013 World Baseball Classic with a perfect 8-0 record, means they fell short of the semi-finals for the first time since 2009.

"Our hats go off to them.

"They competed, they were a great team, and tonight we were the better team."

The US’s victory was their first against the Dominican Republic in three attempts having lost against the Caribbean nation during the 2013 World Baseball Classic and in the first round of this year’s event in Miami last week.

"It was good for us as a team to be able to get the chance to play the Dominicans again in a must-win, and to be able to come out on top, to be able to finish, and to do it with just having our chest out a little bit," Andrew McCutchen, who contributed a two-run double in the eighth, said.

"It feels good to be a part of that.

"It feels good to be a part of this team, and I look forward to us going and trying to get another win."

The first semi-final on Monday (March 20) pits The Netherlands against Puerto Rico, who finished Pool F with a perfect record after beating Venezuela 13-2 at Petco Park today.

"We're going through a tough time as a country, so the fact that we are uniting our people and everybody is rooting for us, we're playing such good baseball.

“Hopefully we can finish this in a positive way."

Both semi-finals are scheduled to take place at Los Angeles’ Dodger Stadium, which is also set to host the final on Wednesday (March 22).

Puerto Rico and Japan are the only two countries still undefeated through two rounds of the tournament, each winning six matches out of six.