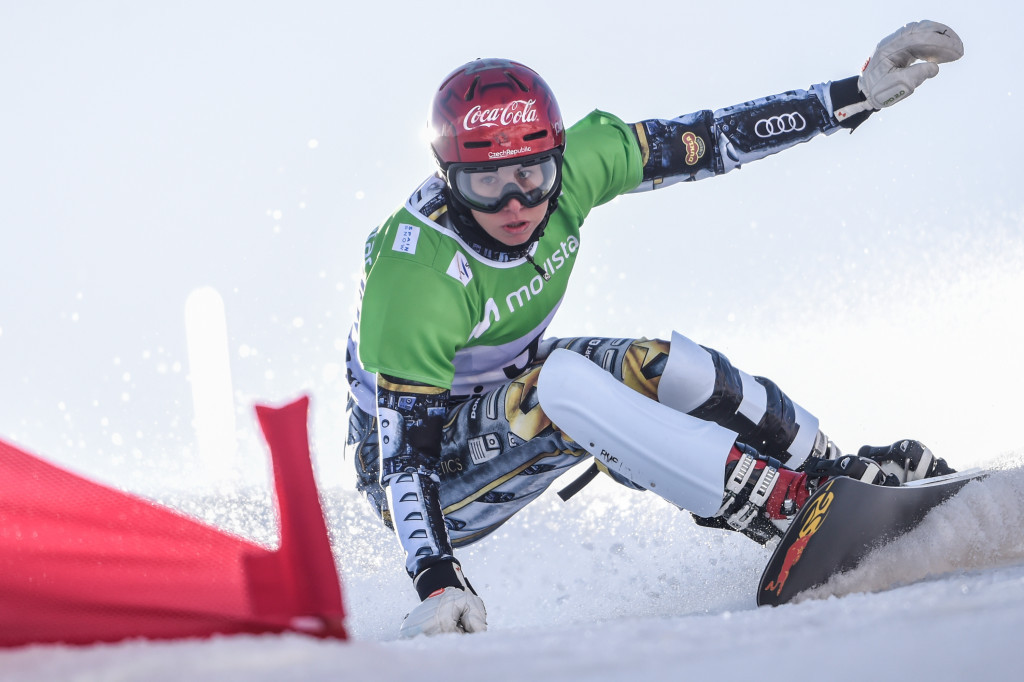 Austria dominated the racing with three of the team inside the top four but it was Sabine Schoeffmann who was victorious in Winterberg in Germany.

Despite taking home the silver medal, Ledecka managed to claim the overall crystal globe after ousting Alena Zavarzina of Russia in top spot.

Ledecka took the crown on 4,860 points while Zavarzina dropped to second place, after finishing seventh today, on 4,500.

Patrizia Kummer of Switzerland completed the top three with a season's score of 4,060.

Despite finishing in fourth today, Ulbing still had enough points to finish top of the overall discipline standings and win the Parallel Slalom World Cup title on 2,300.

Ledecka and Schoeffmann finished in second and third on 2,060 and 2,000 respectively.

After claiming back-to-back wins at World Cup events in South Korea and Turkey, as well as two gold medals at the World Championships in Sierra Nevada in Spain, Austria's Andreas Prommegger secured the third crystal globe of his career after having also won in 2012 and 2013.

After finishing in 13th today, Prommegger finished on 4,500 points.

Radoslav Yankov of Bulgaria finished second on 4,310 while Austria's Benjamin Karl competed the top three on 3,680.

Despite not featuring in the crystal globe top three, Germany's Stefan Baumeister delighted his home crowd by securing the first ever World Cup triumph of his career so far in Winterberg today.

The 23-year-old, who competed at the Sochi 2014 Winter Olympic Games but finished 14th in the parallel slalom event, had qualified in 12th place today but produced a sensational performance to defeat Italy's Aaron March in the big final.

Alexander Payer of Austria took third after he defeated Vic Wild of Russia in the small final.

However, it proved to not be a disappointing day for March as he went on to claim the discipline's overall World Cup title on 1,560.

Baumeister took second on 1,440 while another Italian, Christoph Mick, finished in third place on 1,410.

Action is due to conclude in Winterberg tomorrow with the team relay parallel slalom competition.