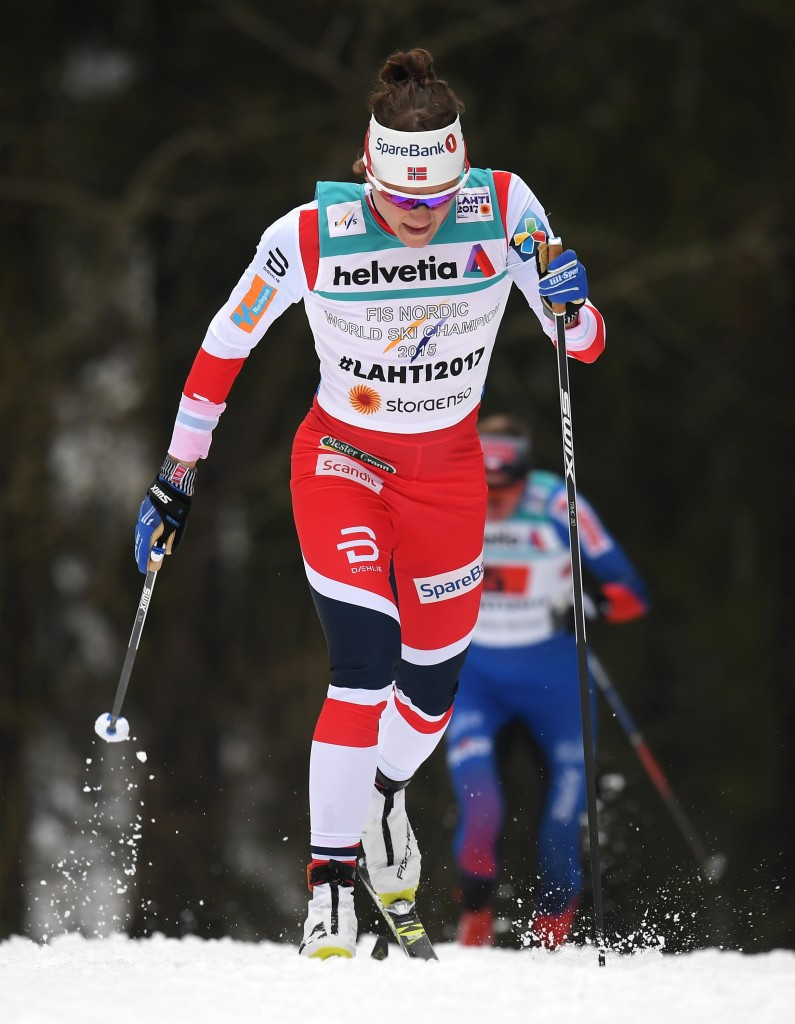 Stina Nilsson had to settle for second place in the International Ski Federation (FIS) Cross-Country World Cup sprint standings to Maiken Caspersen Falla despite winning the discipline’s final competition of the season in Québec City on a day that Heidi Weng bagged the overall crystal globe.

The 23-year-old Sweden clocked a time of 3 min 01.87sec to win the 1.5-kilometre freestyle race by a margin of 0.42sec over Norway’s Falla, whose performance in the heats clinched her a second consecutive overall sprint crystal globe.

Falla has finished with a total of 558 points, 38 more than Nilsson in the runners-up spot.

Nilsson’s fellow Swede Hanna Falk ended up 199 points behind in third, the same position in which she finished today in 3:04.45.

"I’ve had a fantastic season and I am really happy today," Nilsson said.

"I feel I have a completely different physical capacity this season.

"I had a good feeling before the finals.

"I felt rested and I had good energy."

Weng now has 1,780 points to her name, giving her an unassailable 325-point lead over Finland’s Krista Parmakoski, who was eliminated in the quarter-finals today.

On the men’s side, Canada’s Alex Harvey won his first World Cup on home snow with a time of 2:44.92.

The 28-year-old’s closest challenger was Norway's Finn Haagen Krogh, who finished 0.31 back.

France's Richard Jouve was 0.94 behind in third, securing his second sprint podium in Canada in the last two seasons following a runners-up finish in Gatineau last March.

"I was fast in the downhill and I could pass Finn, and I was ready for the final sprint.

"I had a lot of energy today.

"It’s a dream come true to win in front of the home crowd."

The battle for the men's sprint crystal globe was decided in the semi-finals, from which both the two frontrunners - Norway’s Johannes Hoesflot Klaebo and Italy's Federico Pellegrino - failed to advance.

Pellegrino needed to overturn a 38-point deficit, but could only add 32 to his own tally as Klaebo became the youngest-ever winner of the title.

Klaebo finished on 399 points, with Pellegrino 36 behind in second and Norway's Sindre Bjoernestad Skar 61 back in third.

Action in Québec City is due to continue tomorrow with the women’s 10km and men’s 15km mass start classic events.