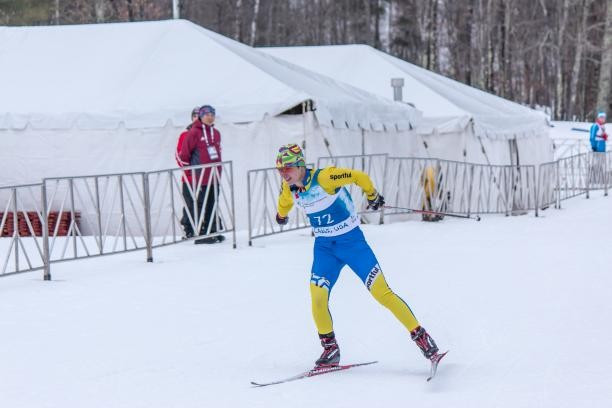 The 26-year-old stormed to the top of the women’s middle distance freestyle standing podium to claim her eighth win across three World Cup events.

That sees her finish atop the overall rankings, which gathers points from athletes in the sitting, standing and visually impaired categories.

Having already won the women’s standing World Cup before arriving in Sapporo with three victories in Pyeongchang, Kononova also claimed the middle distance race win with a time of 20 mins 35.4sec.

Her team-mate Liudmyla Liashenko was second in 21:07.3 while Bohdana Konashuk secured an all Ukrainian podium as she took her first World Cup podium in 21:13.3.

With the men’s standing title already won by Ukraine’s Ihor Reptyukh prior to action in Sapporo, France’s new world champion Benjamin Daviet won today's race in 22;14.0, defeating Reptyukh, who finished in second, in 22:59.6.

The United States' reigning triple world champion Oksana Masters excelled in the women’s sitting as the 27-year-old maintained her unbeaten record this season to seal the title in a time of 15:32.0.

Germany’s Paralympic gold medallist Andrea Eskau cemented her second place in the standings, following Masters onto the podium in 15:45.3.

He finished as the runner-up to Yarovyi overall in only his second World Cup season.

The women’s visually impaired World Cup is set to go down to the last race of the season following today's middle distance results.

Austria’s Carina Edlinger forced a decider with her win in a time of 21:11.1.

The 18-year-old, guided by her brother Julian Josef Edlinger, brought herself to within 10 points of Ukraine’s world champion Oksana Shyshkova in the overall standings.

Shyshkova was second, guided by Volodymyr Ivanov, in 22:59.6 but still lies in first place.

Germany’s Clara Klug was third with guide Florian Grimm in 23:29.6.

Sweden’s Zebastian Modin sealed the World Cup title in the men’s equivalent following his victory guided by Johannes Andersson in 22:53.7.

Ukraine’s Dmytro Suiarko, guided by Ivan Marchyshak, was third in 24:17.7.

The cross-country sprint races are due to take place tomorrow (March 19).

The final biathlon races of the season will then take place on March 21 and 22.