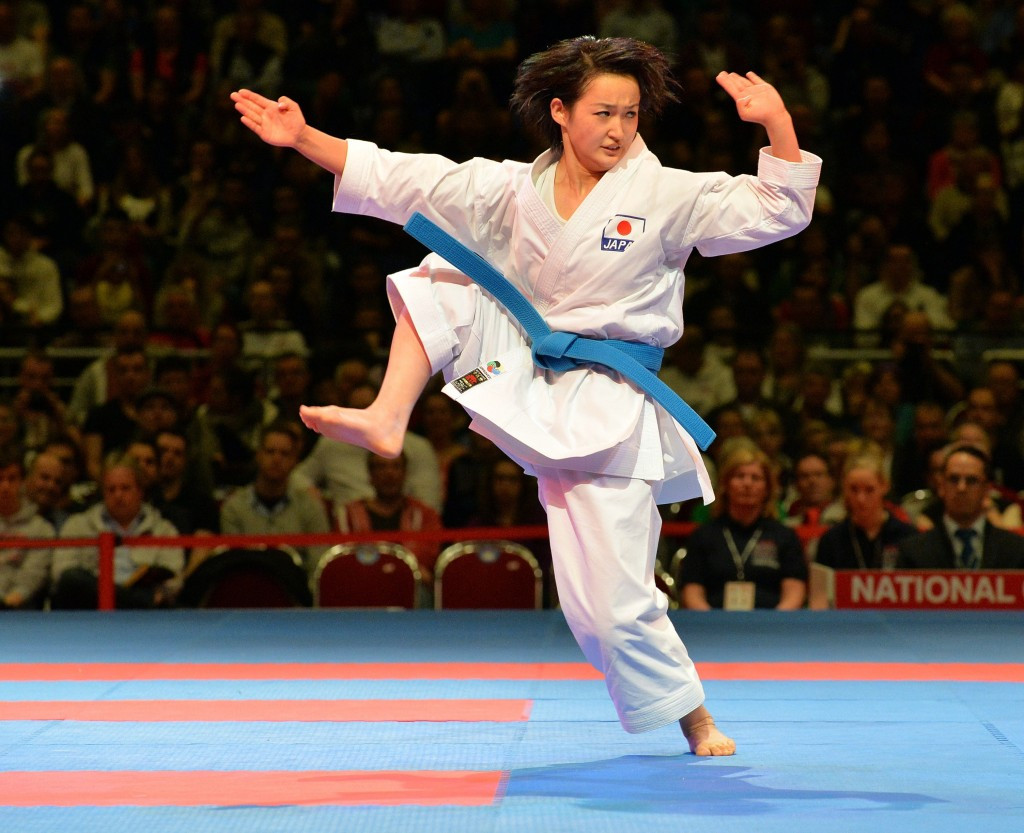 World champion Kiyou Shimizu eased into the final of the women's kata competition at the Karate 1-Premier League event in Rotterdam today.

The Japanese star was absent from the last Premier League event in Paris, but the two-time world champion was in fine form in the Topsportcentre sports hall in the Dutch city today.

Shimizu failed to drop a single point all day, winning all of her matches 5-0 including her semi-final against Sandy Scordo of France.

She will now take on compatriot Hikaru Ono in the final after she got the better of Maria Dimitrova of the Dominican Republic 5-0 in their respective last four encounter.

Spain's Damian Quintero, the 2016 World Championships silver medallist, will compete in the final of the men's kata competition after he produced a series of confident displays throughout today.

The Spaniard defeated Chikashi Hayashida of Japan 4-1 in the semi-finals to reach the gold medal match.

He will go up against Issei Shimbaba of Japan after he got the better of Alessandro Iodice of Italy 5-0 in their semi-final.

France and Italy are set to contest the women's team kata final on Sunday while Morocco and Indonesia will compete for the gold medal in the men's team kata event.

Latvia's Kalvis Kalnins has successfully made it through to the final of the men's under 60 kilograms competition.

Kalnins successfully overcame Abdessalam Ameknassi of Morocco in the last four to set up a gold medal encounter with Sadriddin Saymatov of Uzbekistan.

Saymatov saw off Naoto Sago of Japan 2-0 in his semi-final.

Frenchman Steven Dacosta breezed into the final of the under 67kg with an 8-1 win over Po-Shen Pan of Chinese Taipei in their respective semi-final.

He will now compete for the gold medal against Andres Madera of Venezuela after he defeated Spain's Raul Mora Cuerva 2-0 in their last four encounter.

There was also one women's kumite competition today in the under 50kg category.

She got the better of Shiau-Shuang Gu of Chinese Taipei 8-0 in their semi-final.

Aicha Sayah of Morocco stands in Recchia's way of the gold after she defeated Gabriela Bruna of Chile 2-0 in their last four match.

Action in Rotterdam is due to continue tomorrow with further kumite action.