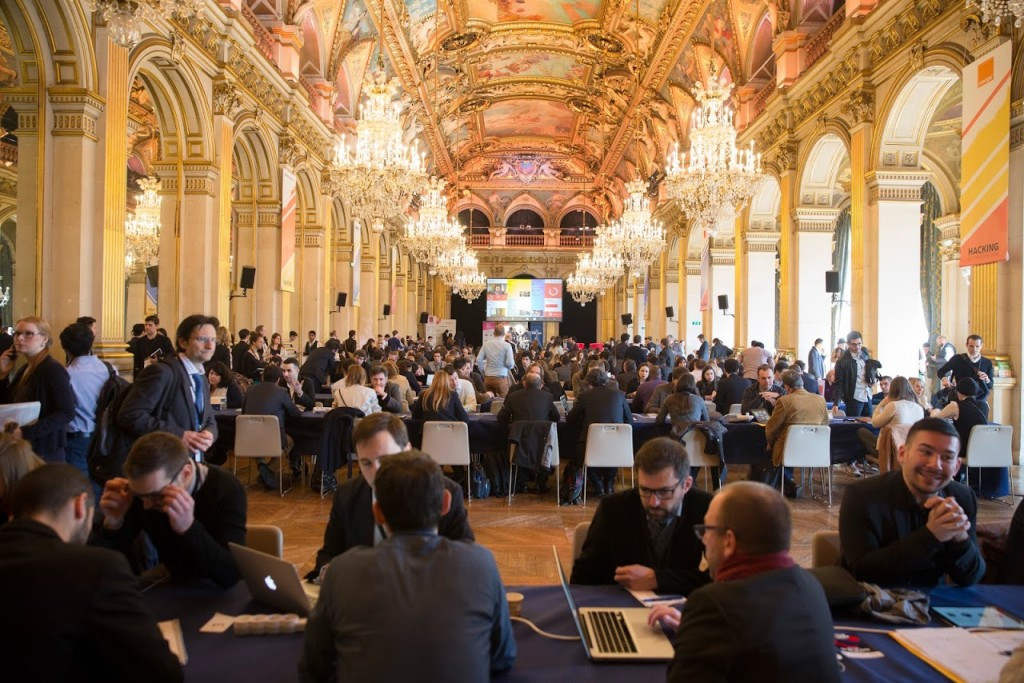 It was the third time the City has held the "world’s largest ‘hacking’ event" and this year’s edition, which was supported by the Paris 2024 bid for the Olympic and Paralympic Games, sought new ways to integrate the latest technology into the organisation of major sporting events.

The event looked at concrete opportunities the 2024 Games offer for start-ups such as the need to deliver seamless transport solutions for athletes and fans, creating a unique visitor experience in Paris and "mobilising innovation to safeguard the environment".

Managing spectator flows around the Games venues another challenge aimed at the start-ups.

“We are targeting a total of 30 per cent foreign start-ups by 2020, we already have the highest number of corporate head offices in Europe and the largest number of start-ups with over 1,500 a year," said Paris Mayor, Anne Hidalgo.

"This dynamic, collaborative environment is an asset for the candidature of Paris 2024, because it will help us to develop solutions that benefit athletes and federations, visitors and sponsors.

"With Hacking of the City Hall, the biggest event of its kind in the world, we have once again demonstrated the tremendous potential and the many economic opportunities that the hosting of the Olympic and Paralympic Games in Paris would bring."

This follows the news that more than 1,000 high school and university students from across the United States are expected to take part in LA Hacks - a computer programming event linked to the Los Angeles 2024 Olympic and Paralympic Games bid.

Taking place from March 31 to April 2 at the University of California Los Angeles' (UCLA) Pauley Pavilion, LA Hacks 2017 is the largest "hack-a-thon" on the West Coast and is part of the bid team's aim of "delivering the most high-tech" Games in history.

Student programmers will work on software and hardware across a variety of categories, including two Los Angeles 2024 subjects on sports entertainment and fitness.