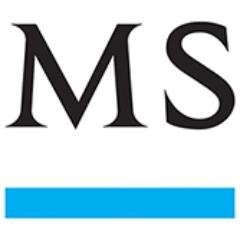 Sky Sports News reports the firm has been hired by London Mayor Sadiq Khan, who ordered an investigation in November after claiming the finances of the Stadium had been left in a "total and utter mess by the previous administration".

Costs to convert the venue into a football ground were originally estimated at £272 million ($336 million/€313 million) by the administration of former London Mayor Boris Johnson in 2015.

It is thought the increases are partially explained by heightened costs involved in installing 21,000 extra retractable seats installed to convert the Stadium.

The rest was largely borne by the taxpayer and the London Legacy Development Corporation (LLDC).

Draft findings of the investigation are due to be presented to the Greater London Assembly by June of this year, with a public report scheduled to be published in the summer.

The report will be expected to cover three distinct phases in the history of the Stadium, which include the Olympic bodies' original decision-making in determining the design and nature of the venue built for the Games and what thought was given to how it would be used post-Games.

It will also focus on the decision-making in the tendering for and delivery of the Stadium transformation in light of the original design and its legacy objectives and decisions relating to the current operational arrangements for the Stadium.

The stadium is set to be converted from football use to an athletics and music venue for the summer, and back to football for the start of next season, but it is still not known exactly how much this will cost.

"My unhappiness, frustration and anger is that the cost associated with the original conversion is more than we were promised," Khan was reported as saying by the London Evening Standard.

"The annual cost of turning that into a culture and music venue is more than predicted - to the extent that it looks as if for the foreseeable future we will be subsidising this stadium.

"Had we known the cost would be as much for conversion as it has been, would that have happened?

"We’ve appointed a firm to find out what happened.

"If it’s going to cost us X million pounds to move it from a football stadium to a cultural one and back again to football, it begs the question, are we getting value for money?"

Companies invited to bid to conduct the investigation in January were asked to demonstrate how they would provide an expert analysis of the history of the London Stadium, including all relevant construction, financial and operational arrangements, with a particular focus on the Stadium’s conversion into a multi-use arena and the subsequent negotiations and arrangements.

David Edmonds, the chairman of the company responsible for operating London's Olympic Stadium, resigned from his position in November in the wake of Khan ordering an investigation.